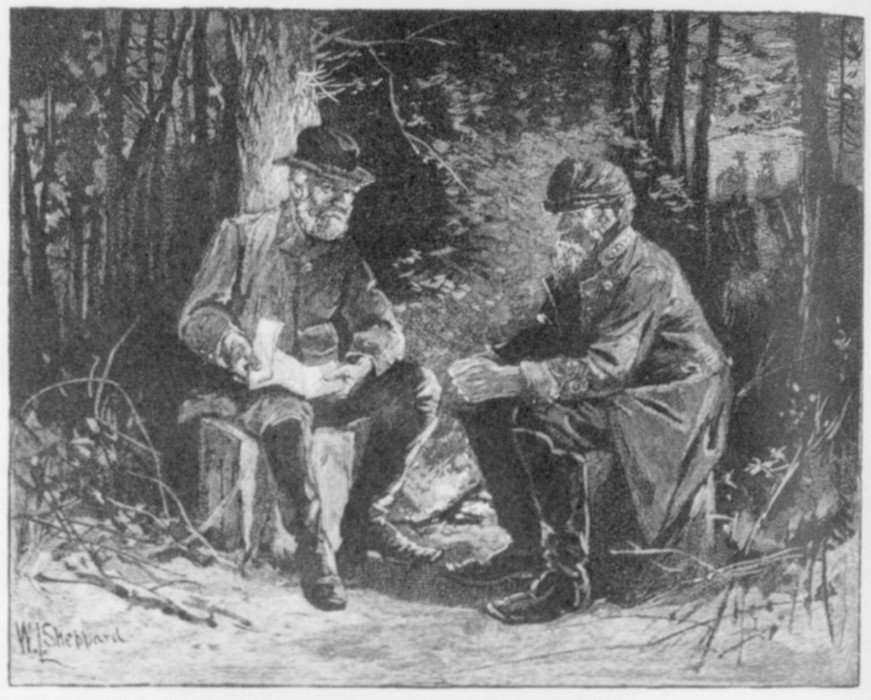 Lee and Jackson in Council, on the Night of May 1

This illustration by William Ludwell Sheppard, titled Lee and Jackson in Council on the Night of May 1, was first published in the four-volume series Battles and Leaders of the Civil War (1887–1888). It portrays Confederate generals Robert E. Lee and Thomas J. "Stonewall" Jackson at the Battle of Chancellorsville (1863) working through plans for the next day's fighting. On May 2, Jackson famously marched his entire corps through the Wilderness and around to Union general Joseph Hooker's right flank, surprising and routing the unsuspecting men of Oliver O. Howard's Eleventh Corps. That evening, in scouting the terrain to press his attack, Jackson was shot and wounded by Confederate pickets and died eight days later.