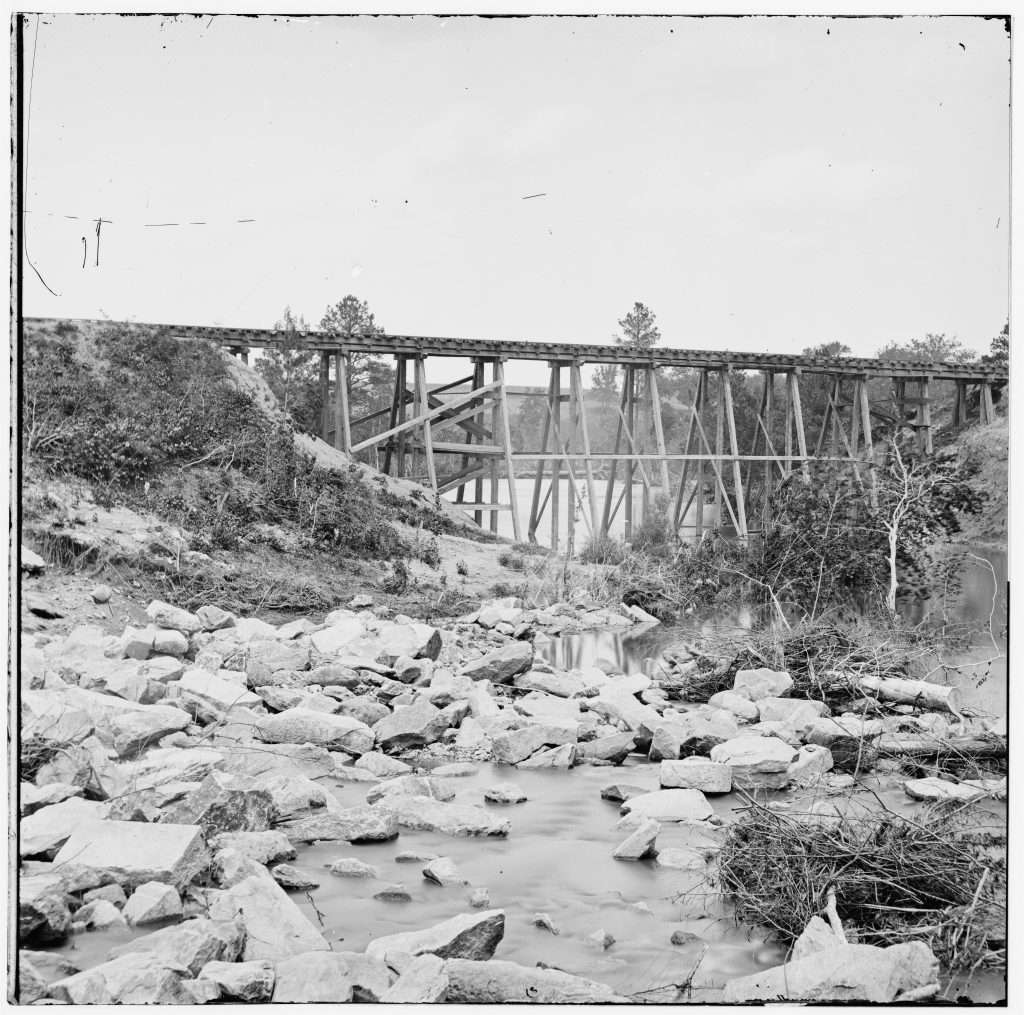 The South Side Railroad, completed in 1854, was one of the most important supply routes in southern Virginia during the American Civil War (1861–1865). With tracks laid east to west across the state, the railroad began at City Point on the James River and extended westward through Petersburg, Burkeville, Farmville, Appomattox Station, and finally Lynchburg, covering roughly 130 miles. This photograph shows a trestle west of Petersburg across Indian Town creek.