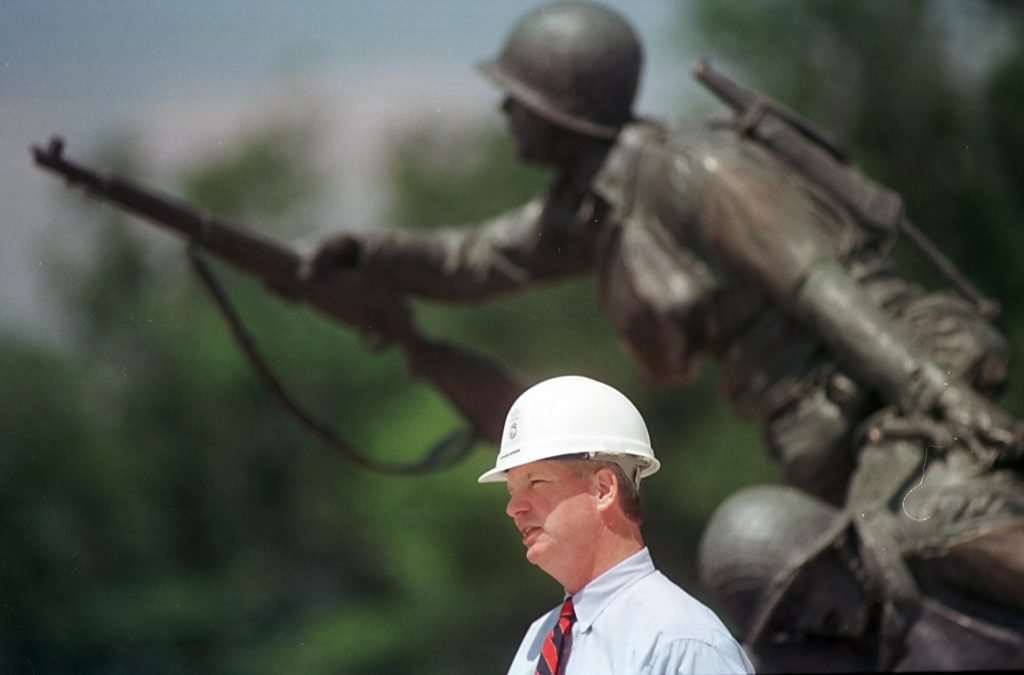 Richard Burrow was hired in 1996 as the executive director of the National D-Day Memorial Foundation. The group broke ground on Veterans Day, November 11, 1997. By the 2001 dedication, however, the project's budget had ballooned to $25 million and was mired in controversy. The contractor had not been paid and threatened to cease work on the unfinished memorial, which alerted the foundation board to the budget overruns. An investigation targeted Burrow. In November 2002, the foundation filed for Chapter 11 bankruptcy, and the following month Burrow was tried in federal court on charges of fraud. That trial, and another in October 2004, ended in a hung jury. Charges against Burrow were dismissed.