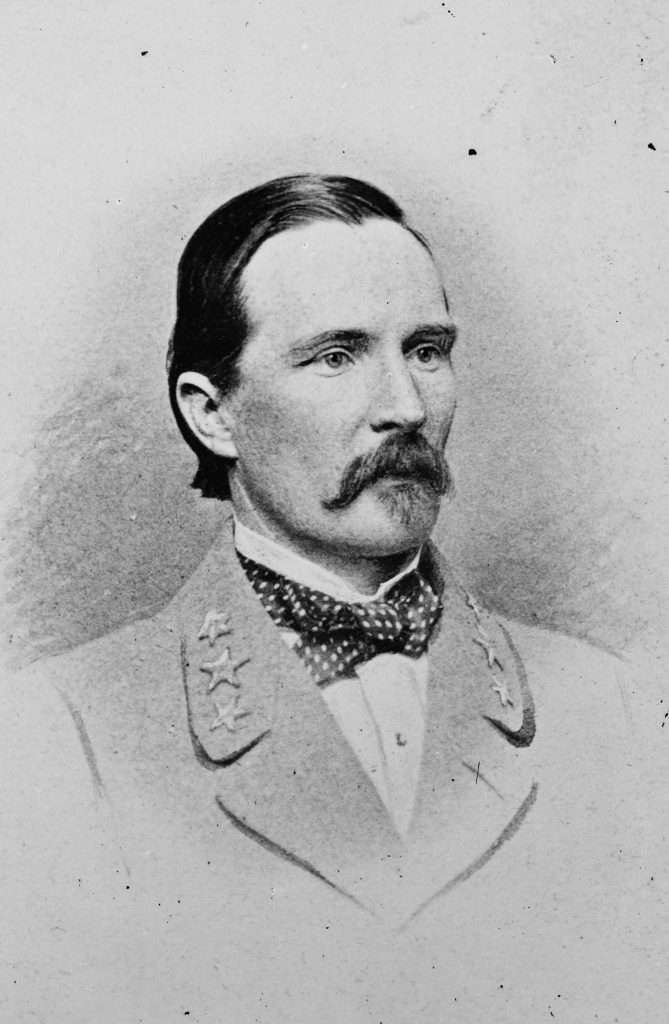 Confederate major general Henry Heth is perhaps best known for his role in the Battle of Gettysburg. On June 30, 1863, Heth sent a force into the small Pennsylvania town in order, he wrote a few months later, to "search the town for army supplies (shoes especially)." After briefly skirmishing with Union cavalry, Heth returned to the town the following morning, July 1. His advance once again encountered cavalry, almost by accident touching off the battle.