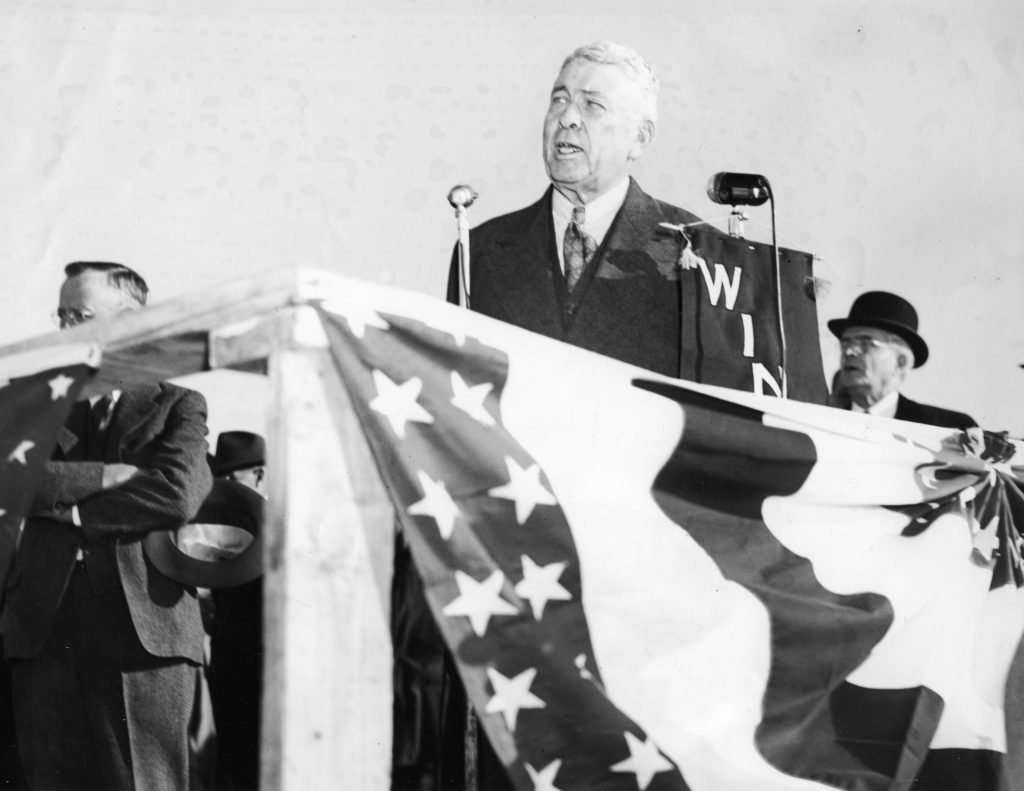 William E. Carson, chairman of the Commission on Conservation and Development, was one of the early supporters of Harry F. Byrd, managing his campaign for governor in 1925, and working with Byrd on the development of Shenandoah National Park and Virginia's statewide park system during late in the 1920s and early in the 1930s. The two men differed on the role of the commission in Virginia politics, hover, and Byrd chose not to support Carson in his own bid for governor in 1933.