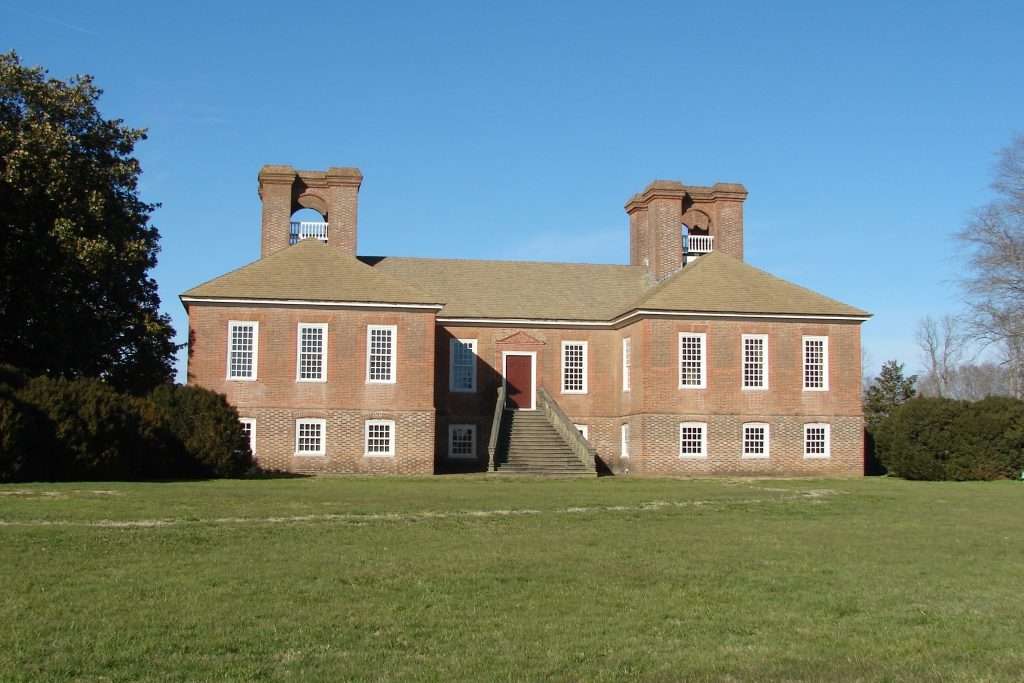 A modern photograph shows Stratford Hall, the home of the Lee family for generations. The H-shaped brick mansion is located on the Northern Neck of Virginia, on a bluff overlooking the Potomac River. Built for the family of Thomas Lee and Hannah Harrison Ludwell Lee, the house was completed in 1740. Five of Thomas Lee's sons were heroes of the American Revolution; two of them, Richard Henry Lee and Francis Lightfoot Lee, signed the Declaration of Independence. The Revolutionary War cavalry commander Henry "Light Horse Harry" Lee III was a cousin who married into the family and eventually took over the plantation. (He famously eulogized George Washington as being "first in war, first in peace, and first in the hearts of his countrymen.") On January 19, 1806, or 1807, Henry Lee's second wife, Ann Carter Hill, gave birth to Robert E. Lee in the southeast bedroom at Stratford Hall—the so-called Mother's Room where many of the Lee children were born.