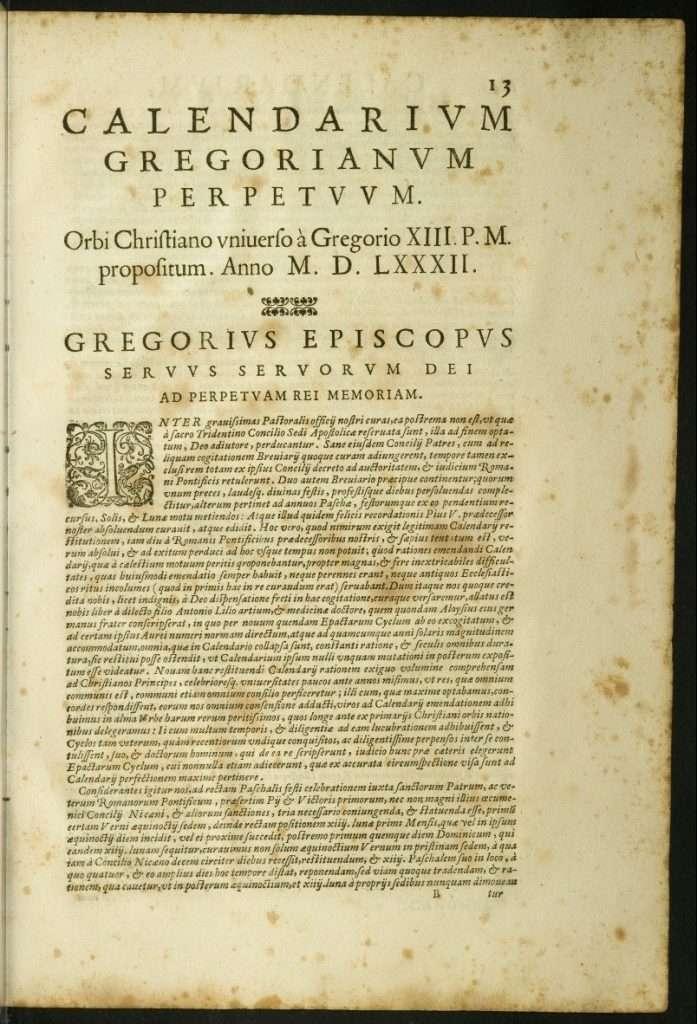 The formal proclamation, or bull, decreed by Pope Gregory XIII in 1582, in which he reformed the Julian, or Old Style, calendar begins with the Latin words "Inter Gravissimas."  This page was part of a book, written in Latin and published in 1603, that explicates the meaning of the Gregorian calendar that had been instituted by the pope. By that time, much of Catholic Europe had adopted the new system.