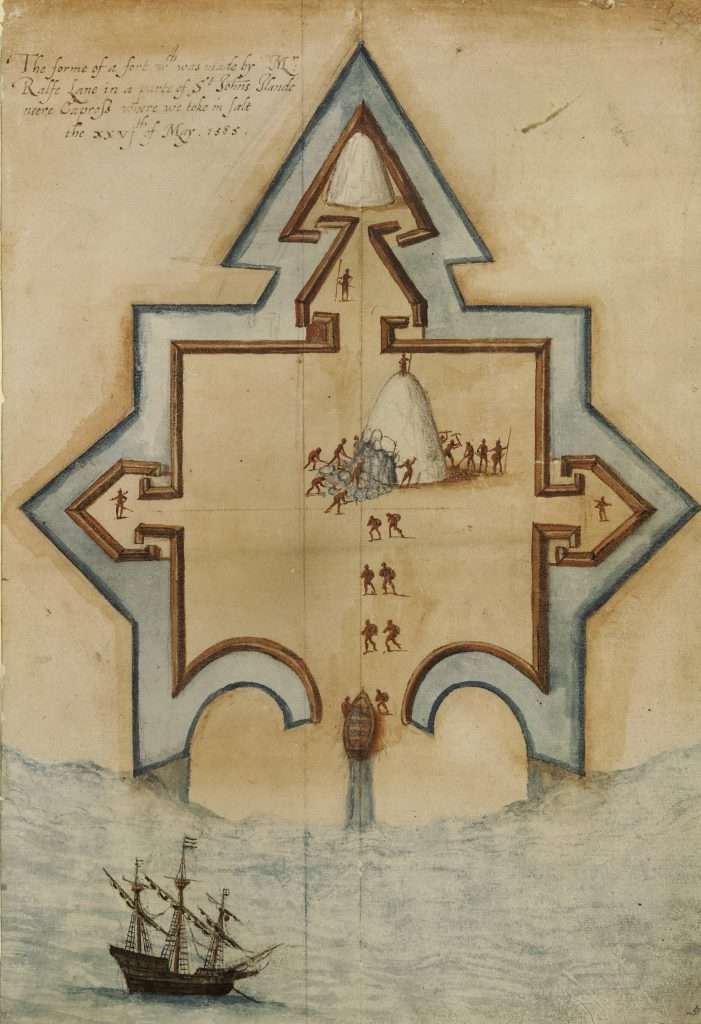 Plan of an Entrenchment Near Cape Rojo, Puerto Rico

This 1585 watercolor by on-the-scene English artist John White gives a bird's-eye view of the fortifications that had been hastily built around valuable supplies of salt located on Cape Rojo (also known as Capo Rojo) on the southweatern coast of Puerto Rico. Salt, a commodity critical for preserving food, can be seen in two huge mounds, one at the center of the enclosure, the other at the top. A group of English colonists, en route to what is now the Outer Banks of North Carolina to establish the colony of Roanoke, stopped for a time at Spanish-held Puerto Rico (a place the English called Saint John's). After capturing a Spanish ship, which can be seen in the foreground, a group of Englishmen under Colonel Ralph Lane instructed the Spanish pilot to bring them to the cape where salt was mined.

Twenty-five men under Lane's command, as well as six Spanish prisoners impressed into service, were charged with stealing the salt owned by the Spanish. Fortifications were built, and guards, visible at strategic points in the enclosure, were posted. Men with pickaxes can be seen digging out the salt and putting it into bags that were then carried to the small boat for transport to the waiting ship. This detailed image is dated May 26, 1585, though the entire enterprise took three days.