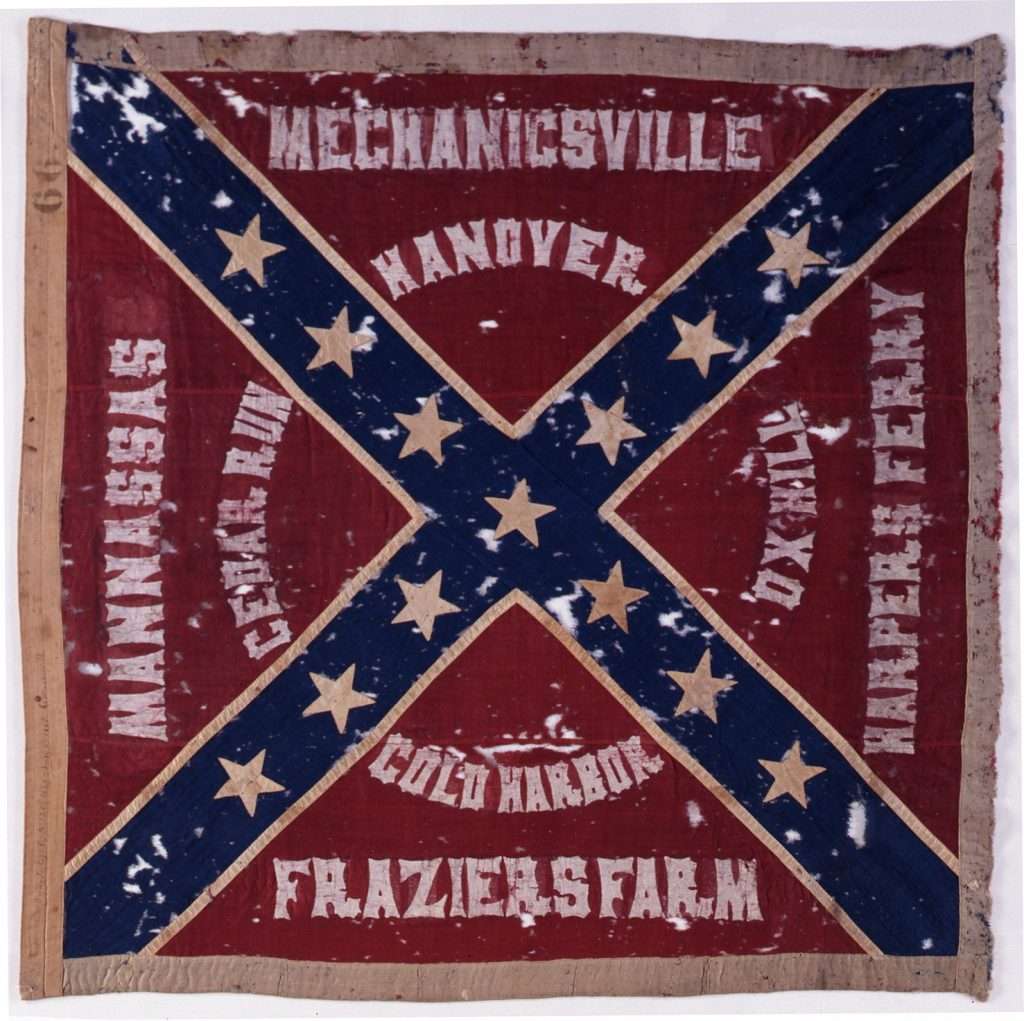 The flag of the 28th North Carolina Infantry is emblazoned with the names of the Civil War battles in which the unit fought. The 28th also took part in—and suffered many casualties during—Pickett's Charge at the Battle of Gettysburg on July 3, 1863. In the aftermath of the battle, the flag was captured by Captain Morris Brown Jr. of the 126th New York Infantry, an action which earned the Union officer a medal.