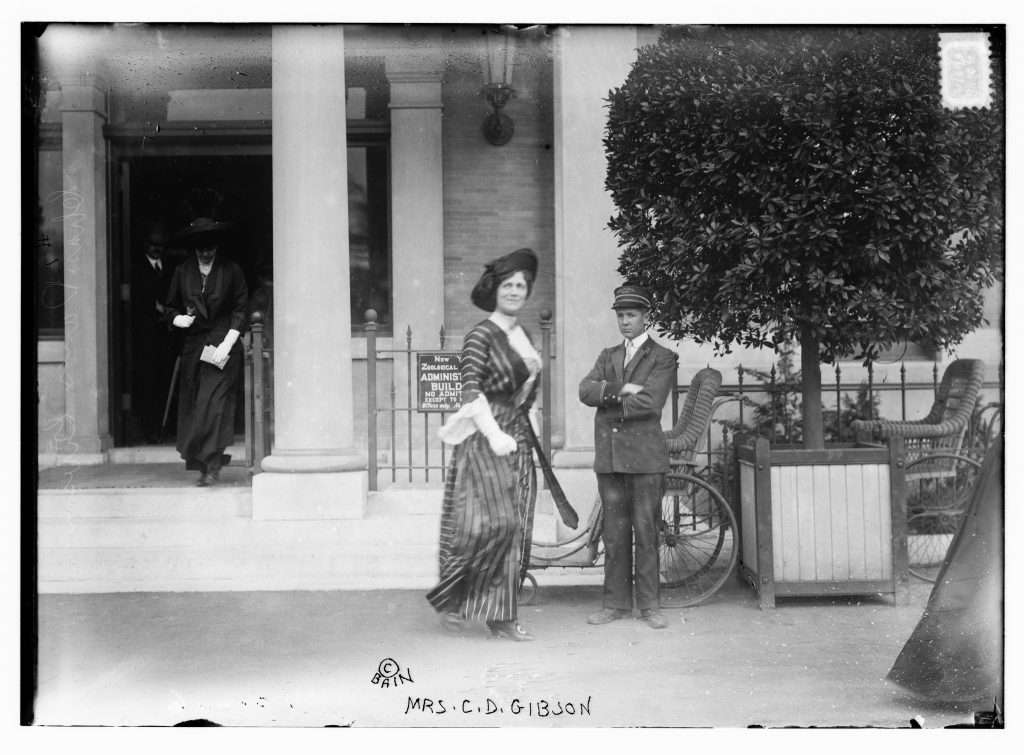 Virginia-born Irene Langhorne Gibson glances at a news photographer as she leaves the offices of the New York Zoological Park (more commonly known as the Bronx Zoo) sometime between 1910 and 1915. Though she was a politically active and influential spokeswoman throughout her life, she is best known as the "Gibson Girl," a social and fashion template created and popularized by her famous illustrator husband, Charles Dana Gibson. The so-called Gibson Girl represented the newly emancipated post-Victorian woman whose "sporty jaw," slender waist, and often indifferent gaze signified that she was at least equal, if not superior, to the gentlemen who called on her.