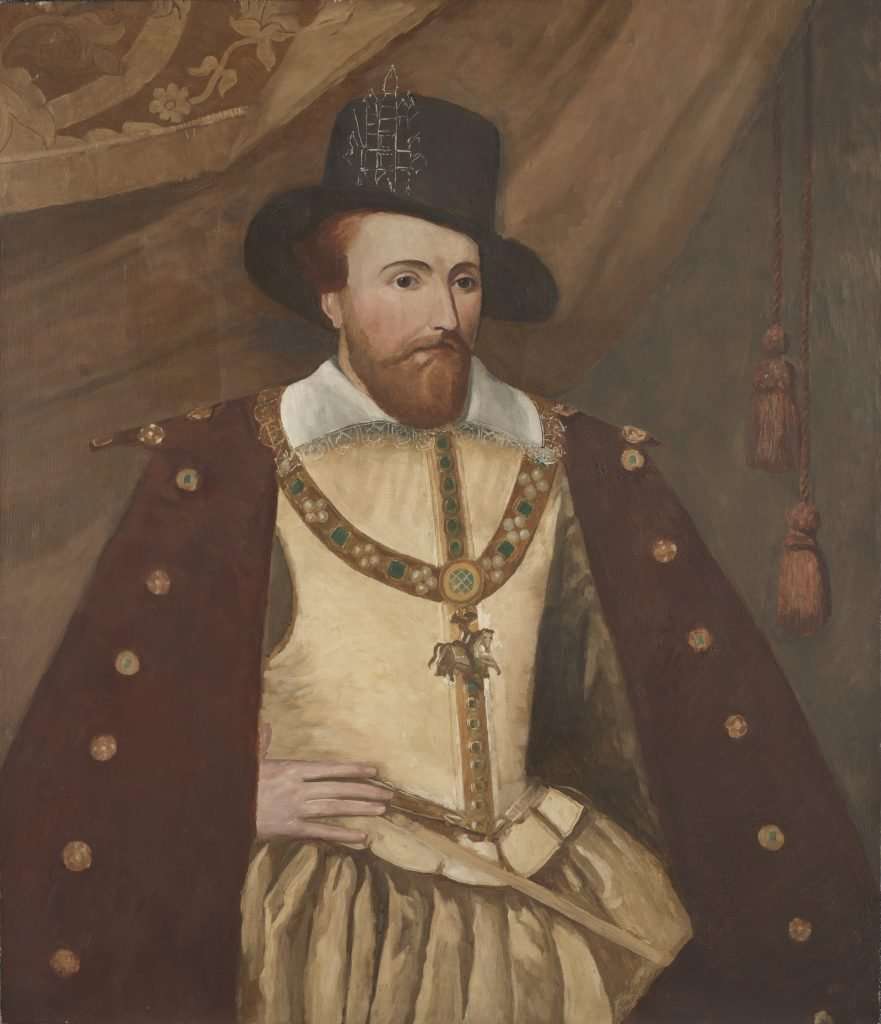 James I, king of England, poses in cape and hat in this twentieth-century painting based on a contemporary portrait of the monarch by Flemish artist Le Jeune F. Pourbus. James I succeeded his cousin Queen Elizabeth I as ruler in 1603, forging the union of the English and Scottish crowns. Before ascending the English throne, he had ruled Scotland since 1567 as James VI.