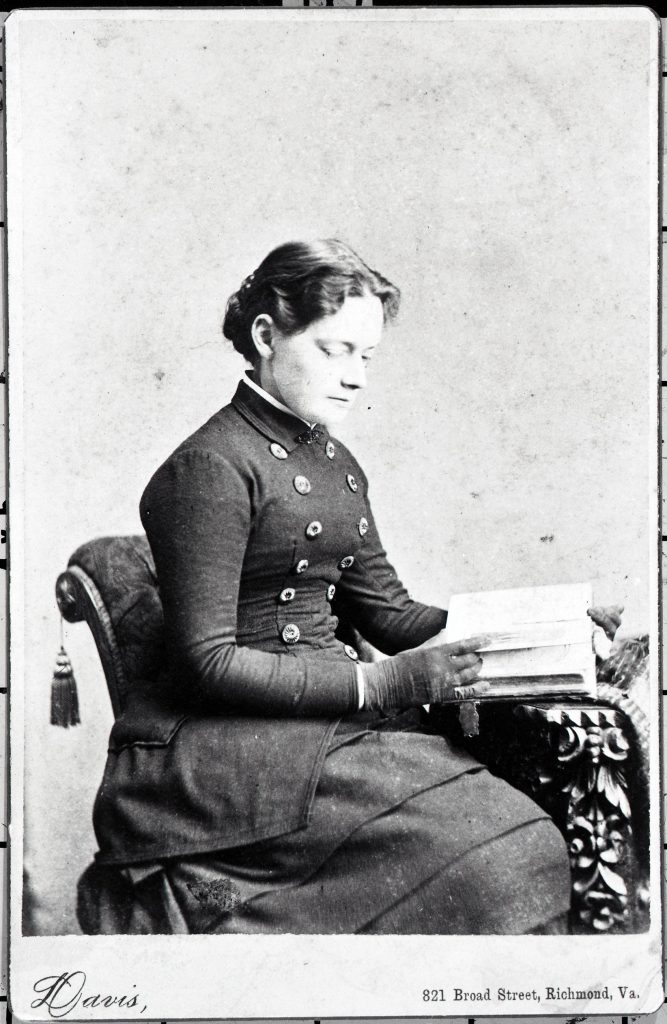 Isobel "Belle" Lamont Stewart Bryan, a preservationist of Southern history and tradition, wears gloves while paging through a book in this late 1880s photographic portrait. Bryan was the first president of the Association for the Preservation of Virginia Antiquities and instrumental in the creation of the Confederate Museum (later the Museum of the Confederacy). She was married to Joseph Bryan, a Richmond newspaper publisher and businessman.