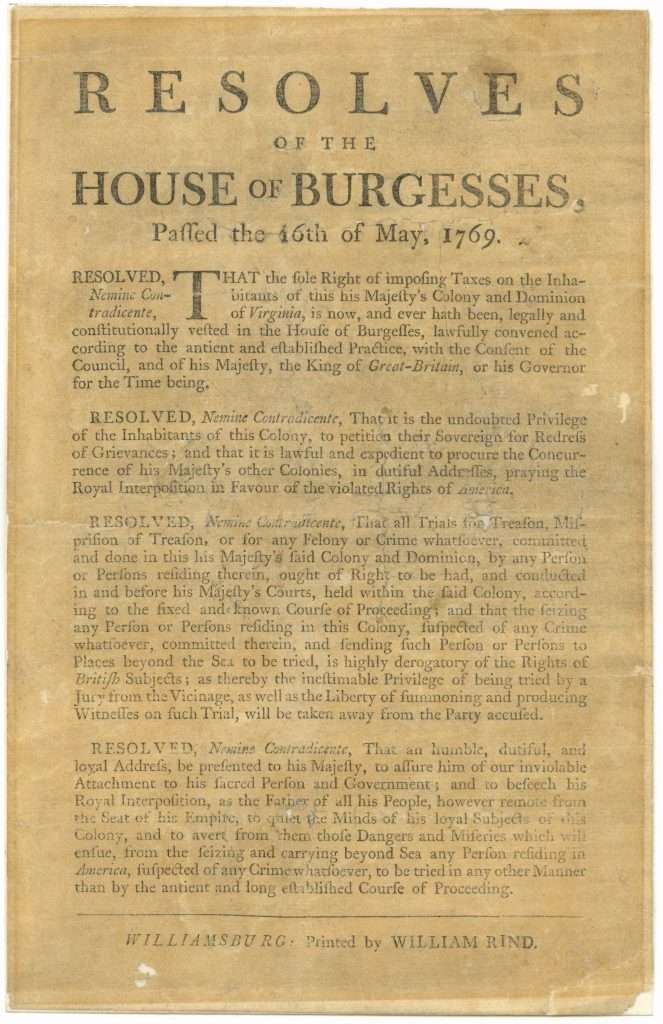 Resolves of the House of Burgesses, Passed the 16th of May, 1769

A resolution passed in secret session by the House of Burgesses on May 16, 1769, directly challenges Parliament's right to tax the people of Virginia: "RESOLVED … That the sole Right of imposing Taxes on the Inhabitants of this his Majesty's Colony and Dominion of Virginia, is now, and ever hath been, legally and constitutionally vested in the House of Burgesses …" Once apprised of the situation, Governor Norborne Berkeley, baron de Botetourt, summoned the members of the House of Burgesses and terminated the May 1769 assembly, telling burgesses, "I have heard of your Resolves, and augur ill of their Effect: You have made it my Duty to dissolve you; and you are dissolved accordingly." Before being officially dismissed however, the burgesses had already arranged for publication of the resolves by printer William Rind in Williamsburg, and the broadside was distributed not only in the colony but "to the Speakers of the several Houses of Assembly, on this continent."