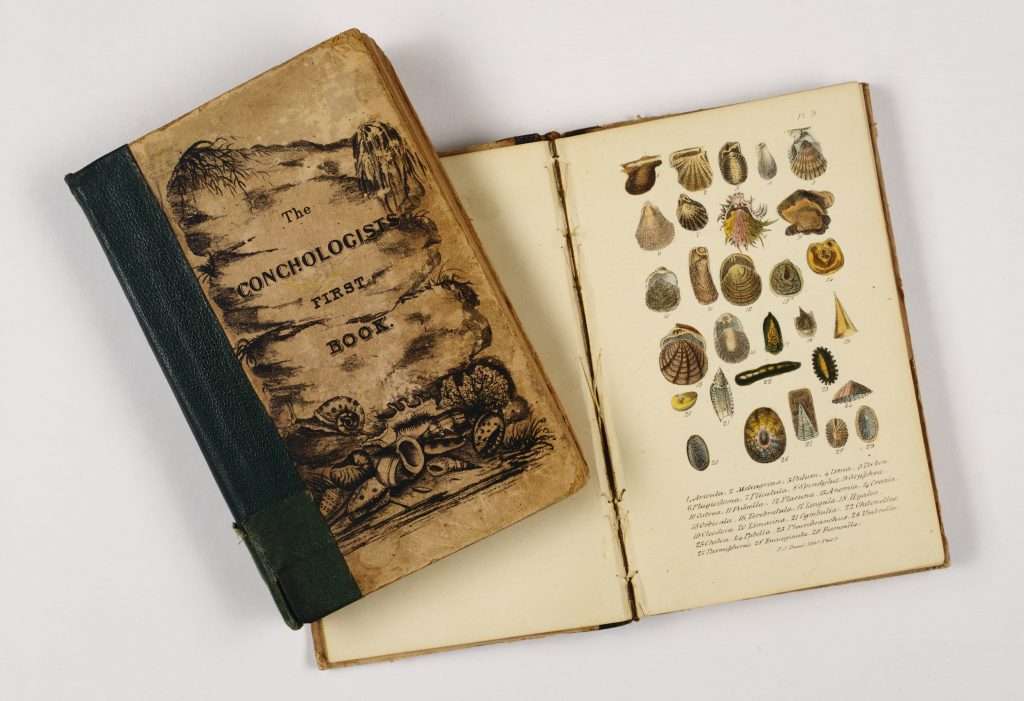 The Conchologist’s First Book: or, A System of Testaceous Malacology, Arranged Expressly for the Use of Schools

A schoolbook titled The Conchologist's First Book (1839) was written by Edgar Allan Poe and features color lithographs of various species of sea mollusk, along with a key to their Latin names. Poe, who worked for a time at Graham's Magazine in Philadelphia, was commissioned to write the book by a Philadelphia publishing company eager to cash in on the school market. The company instructed Poe, who was not yet a well-known author, to write a condensed version of an already-published authoritative text on the subject. Poe's low profile as a writer suited the publishers; they wanted someone "whom it would be idle to sue for damages." In his book Poe acknowledged his debt to the experts in the field; nonetheless, newspapers and literary critics accused him of plagiarism. The book sold out within two months and was reprinted twice. Poe earned a writing fee of fifty dollars but did not receive royalties.