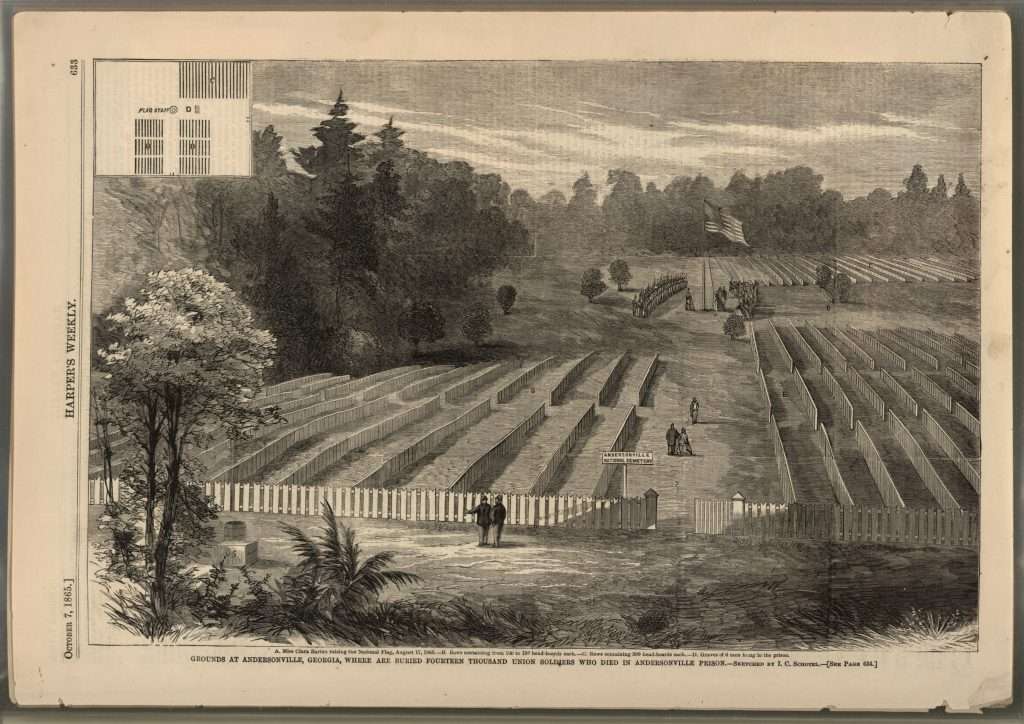 An engraving in the October 7, 1865, issue of Harper's Weekly, portrays the cemetery grounds adjacent to Andersonville, the notorious Confederate prison for Union soldiers located about sixty miles southwest of Macon, Georgia. The magazine's caption claims that 14,000 Union soldiers were buried there after dying in the prison (it is believed that the death rate was actually closer to 13,000 men). In the distance, Civil War nurse Clara Barton raises the American flag in a commemorative ceremony.

Confederate general John H. Winder assumed command of Andersonville on June 3, 1864, and while he was in control the mortality rate of Union prisoners surged as a result of overcrowding, unsanitary conditions, and poor rations. Winder's defenders argue that he struggled with an inefficient Confederate bureaucracy and scarce resources, and that he instituted policies, late in the war, that reduced the number of prisoner deaths. He died of a heart attack in February 1865; his subordinate at Andersonville, Henry H. Wirz, was hanged later that year.