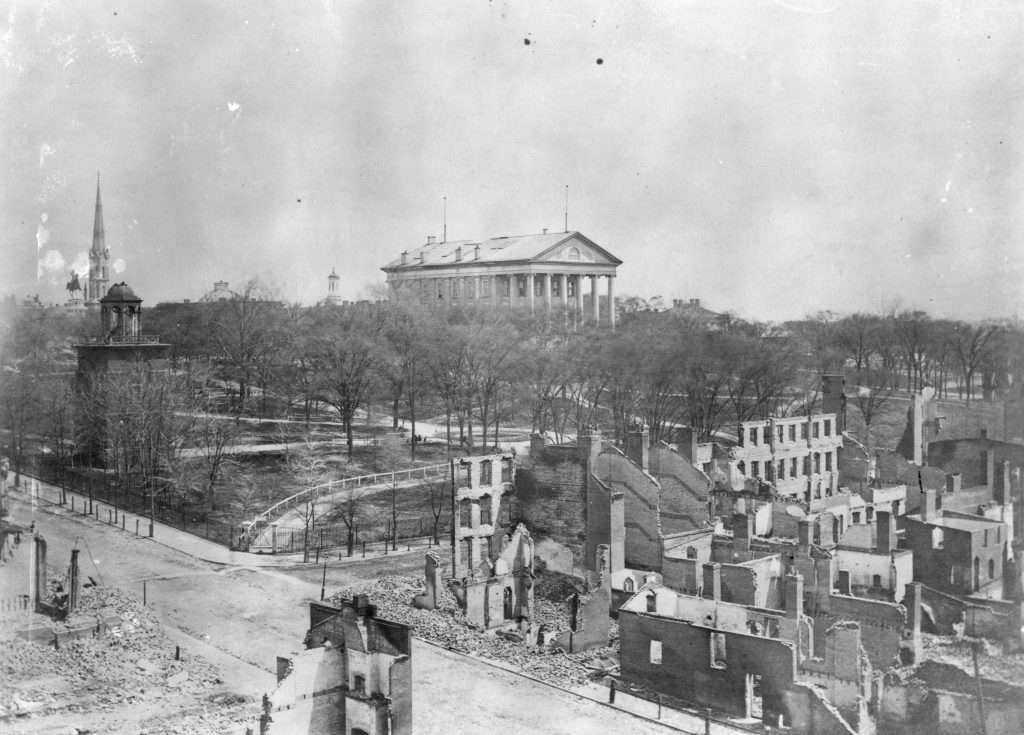 In the midst of evacuating Richmond to Union forces on April 3, 1865, Confederate soldiers set fire to tobacco warehouses and the conflagration spread throughout the commercial heart of the city, leaving nine-tenths of the business district in ruins. The so-called Burned District was chronicled in dramatic images made by Union photographers eager to capture the devastation, and to give a graphic representation of the punishment being endured by the defeated foe. (The irony was that the fires were started by the Confederates themselves, and it was the Union soldiers who contained the blaze.)

This series of images show the ravages of war: the shells of buildings just beneath the neoclassical Virginia Capitol, which was spared from the flames; the rubble surrounding the façade of the Exchange Bank on Main Street; the piles of solid shot and canister littering the arsenal grounds; the ruins of the Richmond and Petersburg Railroad depot and the destruction of one its locomotives; and the ghostly scene of women in mourning clothes walking amidst the carnage.