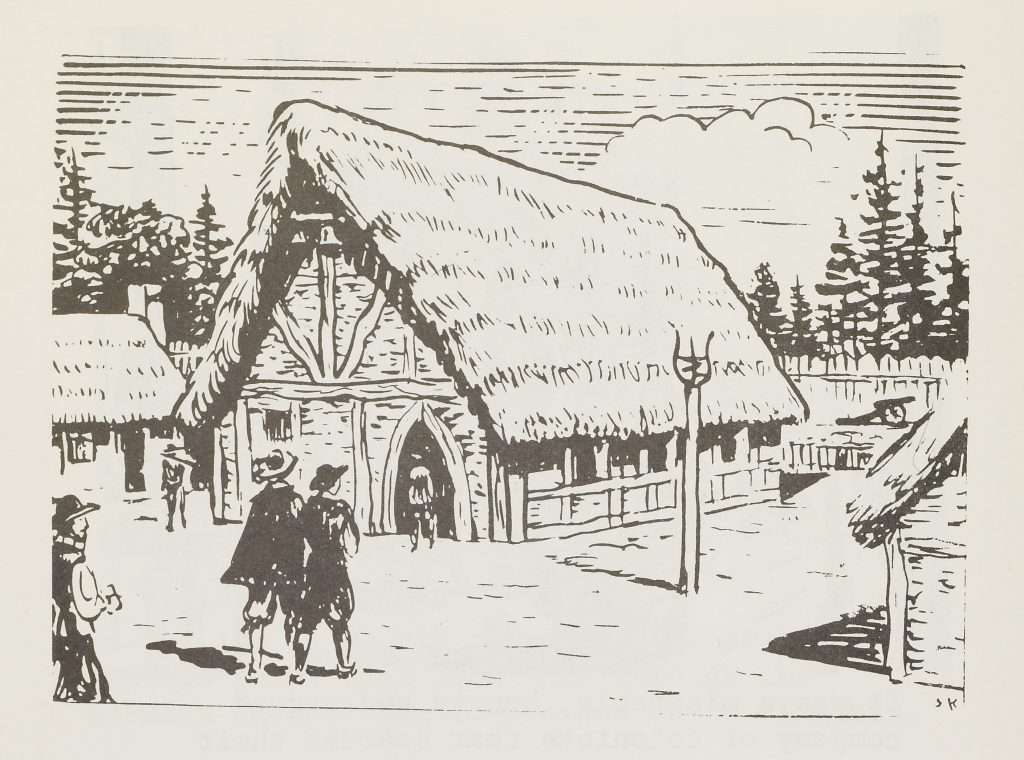 A twentieth-century line drawing shows the building where Anglican minister Richard Bucke conducted services for English colonists at Jamestown. When Bucke arrived in Jamestown in 1610 after having survived the shipwreck of the Sea Venture, the colonists, according to William Strachey, were summoned by church bell and they "repayred to Church where our Minister Master Bucke made a zealous and sorrowfull Prayer, finding all things so contrary to our expectations, so full of misery and misgovernment."

The church itself was largely "ruined and unfrequented" according to Strachey, a fellow survivor. Strachey described the planned renovation of the "Chappell" as follows: