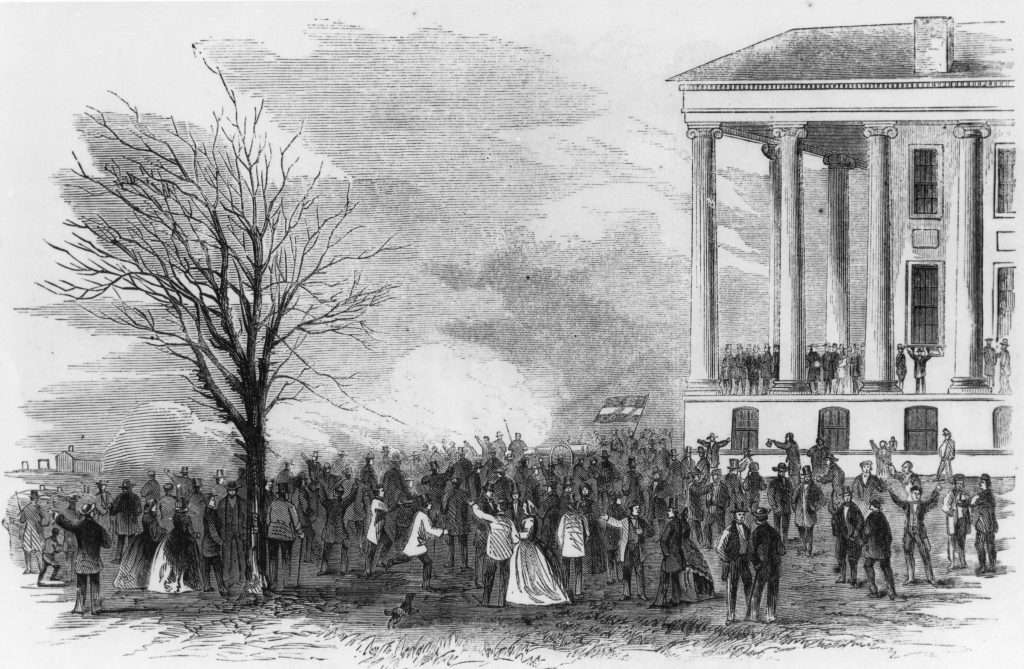 Citizens of Richmond gather in front of the Capitol to celebrate news of the Confederate victory at the First Battle of Manassas, which was fought on July 21, 1861. This illustration, which was included in Frank Leslie's Pictorial History of the War of 1861, depicts the 100-gun artillery salute that was fired on the Capitol grounds during the assemblage.

Frank Leslie's Illustrated Newspaper, a mass-market, New York–based publication, boasted a circulation of over 100,000 at the start of the Civil War. Illustrations of the war produced for the newspaper proved to be so popular that they were recycled into a series of special publications, including Frank Leslie's Pictorial History of the War of 1861, which was intended for a Northern audience as well as an international one.