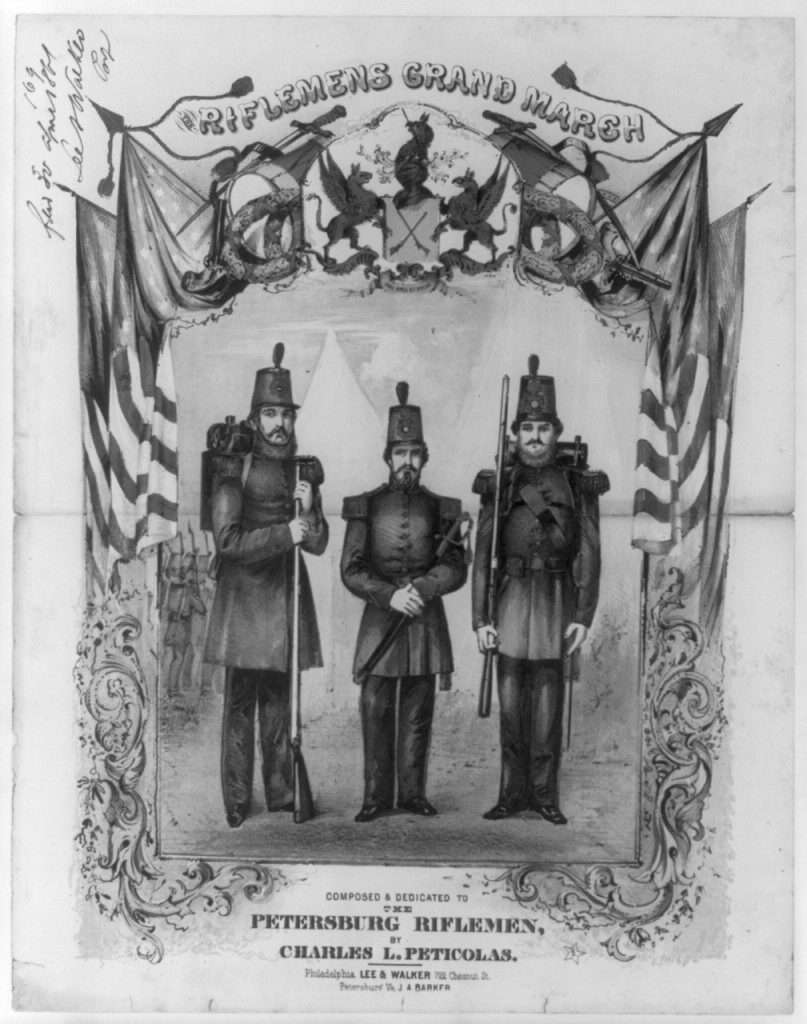 During the antebellum period, many Southern men formed local volunteer militia companies and commemorated them in print and song, such as this sheet music, "The Riflemens Grand March," dedicated to the Petersburg Riflemen. Militia companies functioned more as social clubs than actual military units, but as tensions over slavery increased in the 1850s they took on a more practical cast. The Petersburg Riflemen, organized in 1859 following John Brown's raid on Harpers Ferry, was a group dedicated to protecting Petersburg in the event of a Northern incursion. This local unit would later serve as a company of the 12th Virginia Infantry Regiment during the Civil War.

The author of this sheet music, Charles Lewis Peticolas, came from an artistically inclined family. Both his grandfather, Philippe Peticolas, and his uncle Edward Peticolas, painted miniature portraits. Charles resided in Richmond, where he was esteemed for his talents as both a musician and an educator. His song extolling the Petersburg Riflemen was published in Philadelphia before secession; during the Civil War, however, Pericolas wrote at least four other songs supporting the cause of the Confederacy, all of them printed in the South.