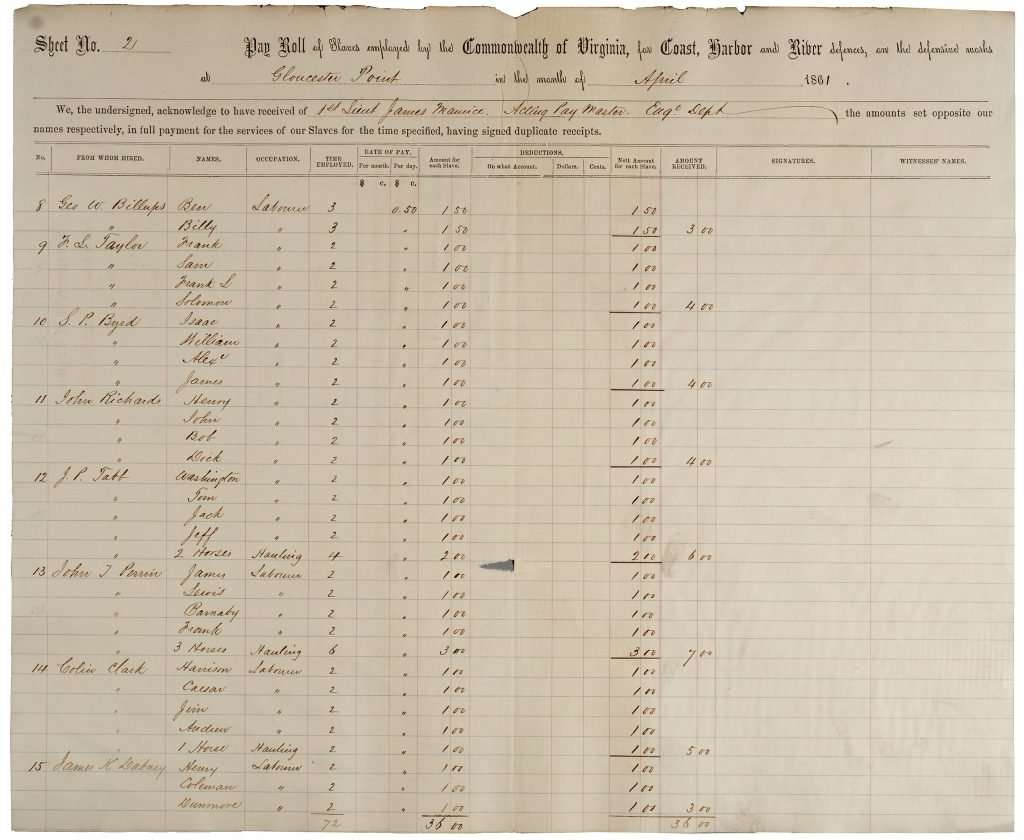 An April 1861 record lists the payment made to slaveholders who hired out their slaves and horses for the building of defensive works at Gloucester Point, Virginia, during the opening month of the Civil War. The names of the owners and their individual slaves are listed, as are the number of days that the enslaved men and horses worked, and the amount paid. Hiring out a slave or horse was equivalent—an owner earned fifty cents a day for either one.