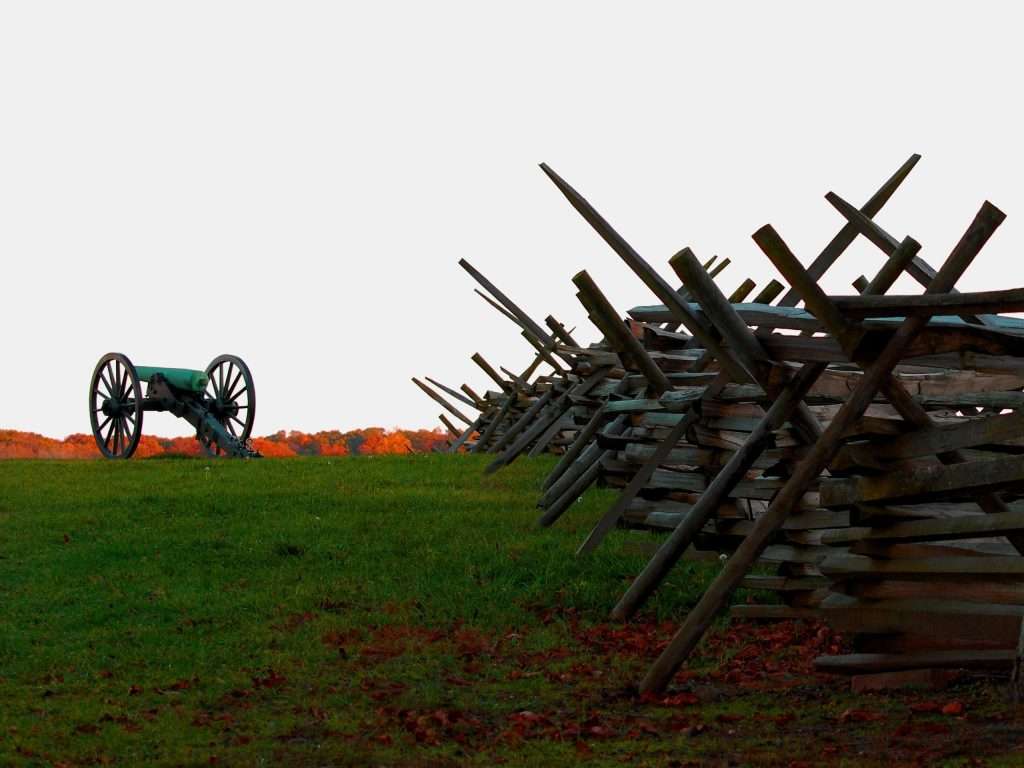 A modern photo, looking east toward the site of Union lines, captures part of the landscape where the famous Confederate infantry attack known as Pickett's Charge took place on July 3, 1863, during the Civil War. The charge was the climax of the three-day-long Battle of Gettysburg, and it pitted some 12,000 Confederates—including three brigades of Virginians under George E. Pickett—against half that number of Union troops. On July 2, Robert E. Lee had unsuccessfully attacked the Union flanks; in what even some of his own men perceived as a desperate gambit, he now attacked the center, asking his troops to cross an open field nearly three-quarters of a mile long. They were bloodily repulsed, losing half their number.