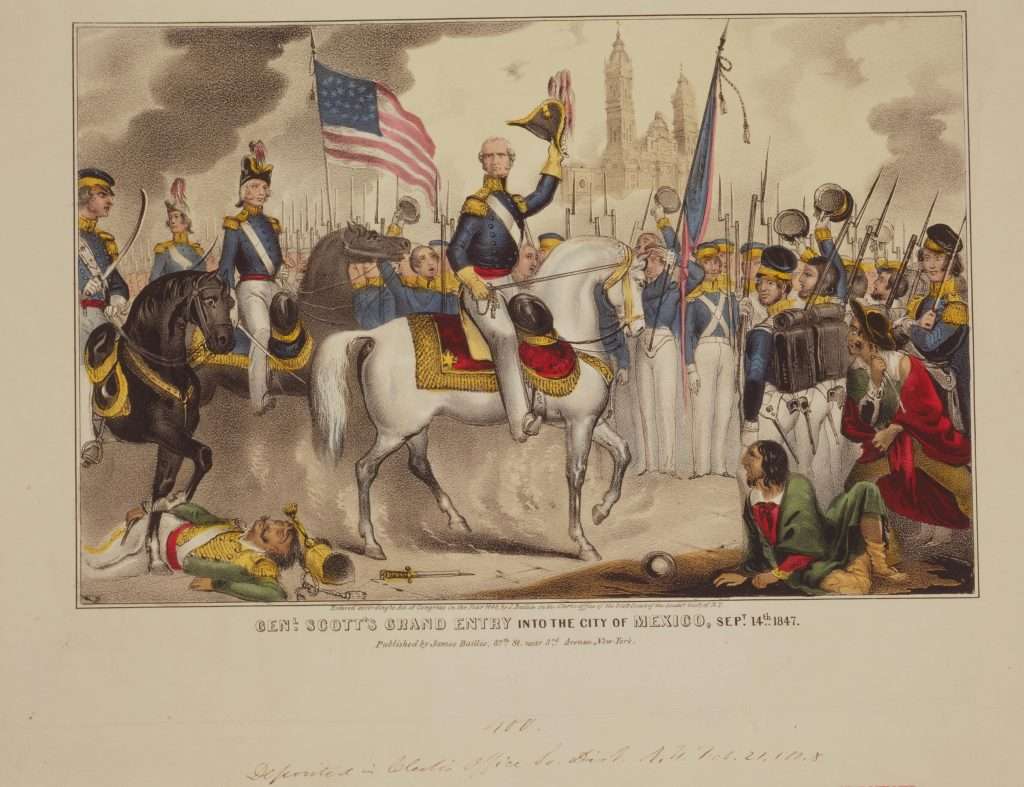 General Scott’s Grand Entry into the City of Mexico

Victorious American troops greet General Winfield Scott, astride the white horse in the center, as he enters the central plaza of Mexico City on September 14, 1847, during the Mexican War. The city's Catedral Metropolitana de la Asunción de María looms in the background in this hand-colored lithograph. Upon successfully capturing the city, Scott reviewed his troops and they serenaded him with the song "Yankee Doodle."

After the outbreak of war with Mexico in 1846, President James Knox Polk dispatched Scott and his army to open a second, southern front in order to draw attention away from General Zachary Taylor in the north. Scott landed his men at Vera Cruz on March 22 in the largest American amphibious assault until World War II, and then pushed inward to Mexico City along the National Road, following nearly the same route as that of the Spanish conquistador Hernán Cortés. Scott owed much of his success to his brilliant cadre of West Point–trained staff officers, whose topographical engineering skills enabled the troops to advance quickly. Prominent among those officers were future Confederate generals Robert E. Lee and P. G. T. Beauregard.