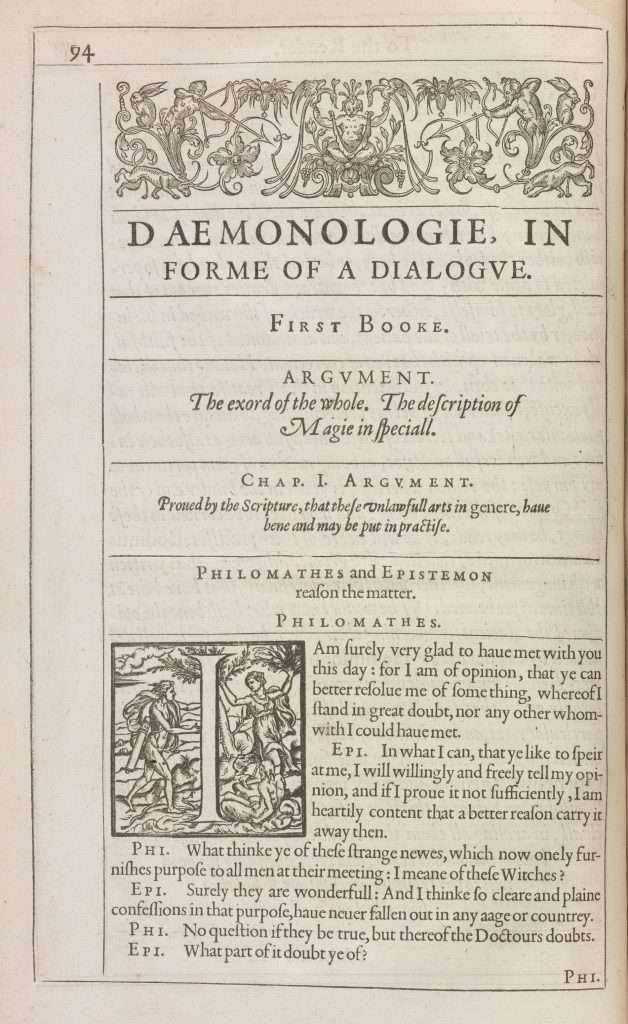 Daemonologie, In Forme of a Dialogue.

A compendium of long treatises by King James I titled The Workes of the Most High and Mightie Prince, James by the Grace of God, King of Great Britaine, France and Ireland, Defender of the Faith &c. (1616) includes Daemonologie, In Forme of a Dialogue, which considers the practice of witchcraft. First published in 1597, when James was king of Scotland, Daemonologie was an influential book that helped reinforce hysteria in Scotland about the existence of witches, a concern that spread to England and thus to Virginia. James claimed that the Devil lured witches into pacts whereby he would offer them protection and well-being in exchange for their service. He wrote that witches gathered in large groups to meet with the Devil and plot evildoing. The king also supported the widespread belief that most witches were women, whom he believed to be weaker and more susceptible to evil than men.