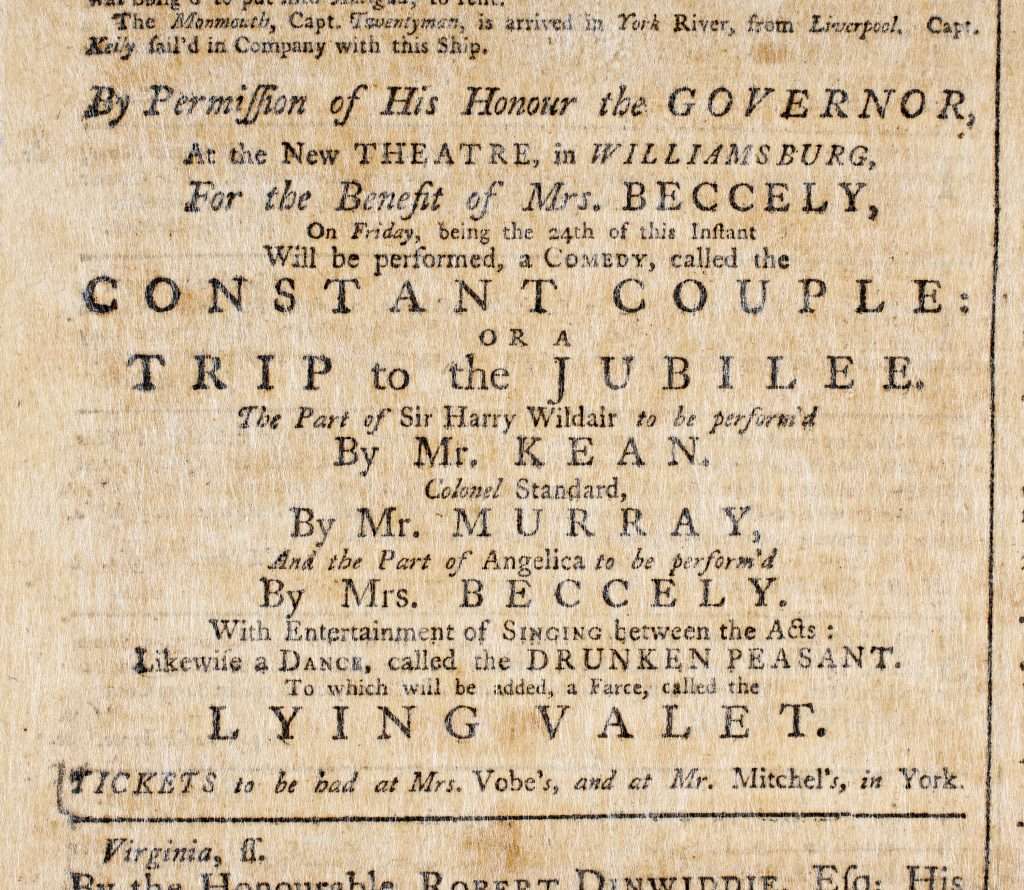 A theatrical event is advertised in the April 17, 1752, edition of the Virginia Gazette. In addition to a comedy and a farce, the theater promised singing between the acts and a dance called the "Drunken Peasant." Tickets for the event could be purchased locally in Wiliamsburg at Jane Vobe's tavern.