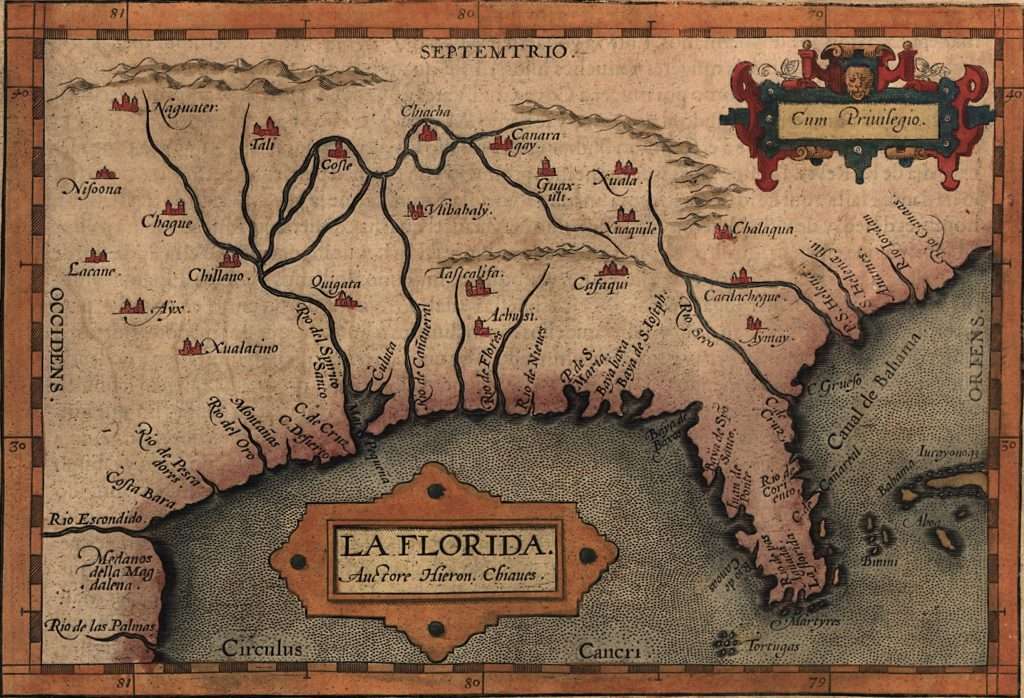 A map of the southeastern portion of the United States from present-day Florida north to the Chesapeake Bay—an area known as "La Florida" to the Spanish in the sixteenth century—appears in this 1584 edition of Abraham Ortelius’s Theatrum Orbis Terrarum. The map was created by Geronimo de Chaves, the royal cosmographer to the king of Spain, and added to the original 1570 edition of Ortelius’s book, which is considered the first modern atlas.