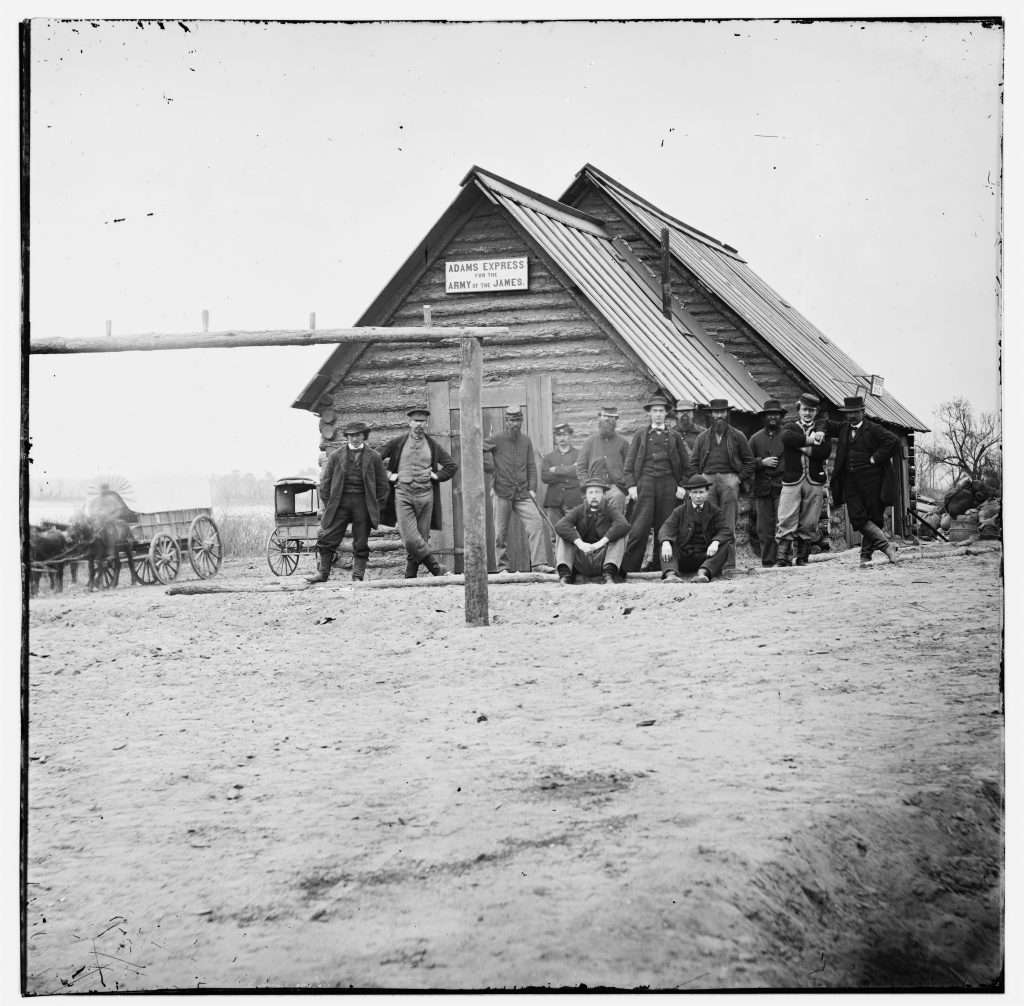 Army of the James

Images by Union photographers capture scenes in Virginia in and around the Army of the James, an independent command created in April 1864 and placed under the leadership of Union general Benjamin F. Butler. The photos show various aspects of wartime life, including both light-hearted moments and some of the uncomfortable realities: "Adams Express for the Army of the James"—pictured here in 1864, in Bermuda Hundred, Virginia, where the army was headquartered—was a company that specialized in transporting dead bodies in a safe and sanitary manner; soldiers have set up tents next to the earthen walls protecting the Union's Fort Burnham (known as Fort Harrison when controlled by the Confederates) on Butler's lines north of the James River, probably in November 1864; a fragment of a glass-plate image shows a card game going on inside the quarters of army doctor Davis McKay; a group of officers, an African American, and a civilian pose in front of a signal tower, one of a series of towers used to transmit messages via flags or torches that were set up west of Bermuda Hundred; a group of African American teamsters, identified as "contrabands"—escaped slaves who took refuge with the army—are dressed in old Union uniforms; and an advertisement for the undertaker Dr. Bunnell, who hastily set up shop near the Army of the James, promises "EMBALMING FREE FROM ODOR OR INFECTION."