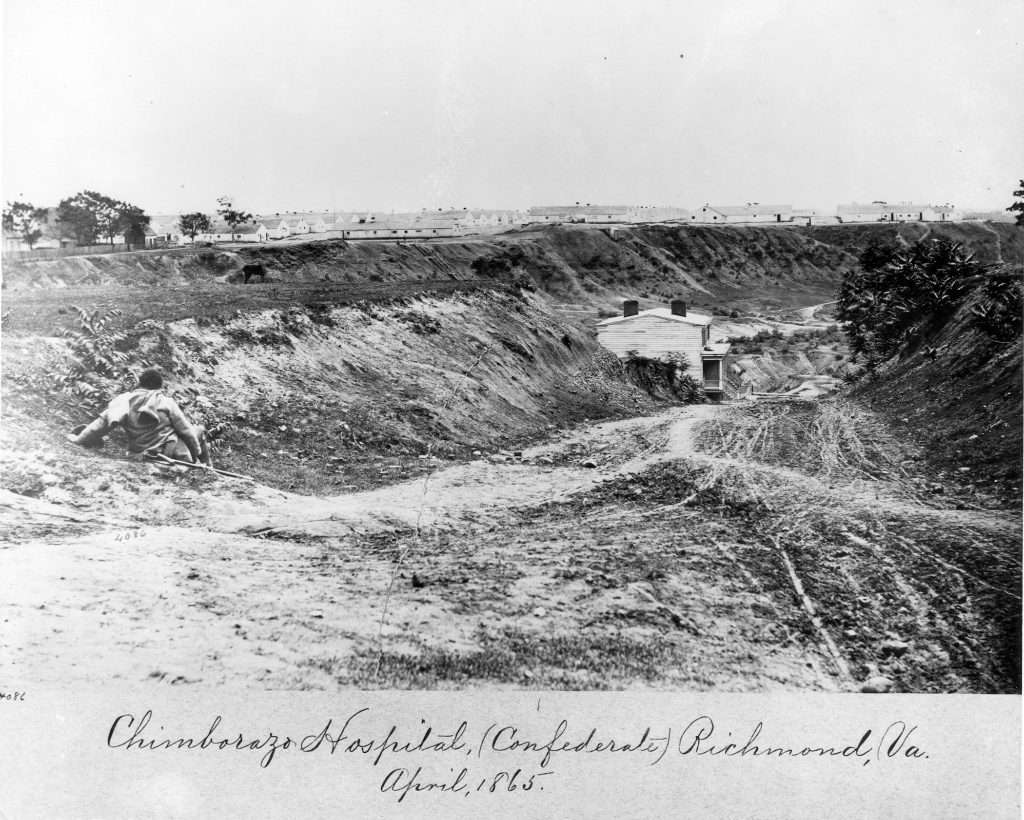 A man with a crutch looks out upon Chimborazo Hospital, the vast Confederate medical complex located on a forty-acre plateau on a bluff above the James River on the east side of Richmond, Virginia. The photo was taken in April 1865, just after the city had fallen to Union forces.

Hospital construction began in the autumn of 1861 and the complex grew to include ninety hospital wards, which were divided into five hospitals, each one overseen by an individual surgeon-in-chief. A total of between 3,400 to 3,600 patients could be accommodated at one time. In addition to the wards, the complex included bake houses, kitchens, a soap house, five ice houses, a large stable, a guard house, a chapel, a bathhouse, five mortuaries, and carpenter, blacksmith, and apothecary shops, bringing the total number of buildings to nearly 150. An assistant surgeon described the scene: "The hospitals presented the appearance of a large town, imposing and attractive, with its alignment of buildings kept whitened with lime, streets and alleys clean … The buildings were separated from each other by wide alleys or streets, ample spaces for drives or walks, and a wide street around the entire camp or hospital."