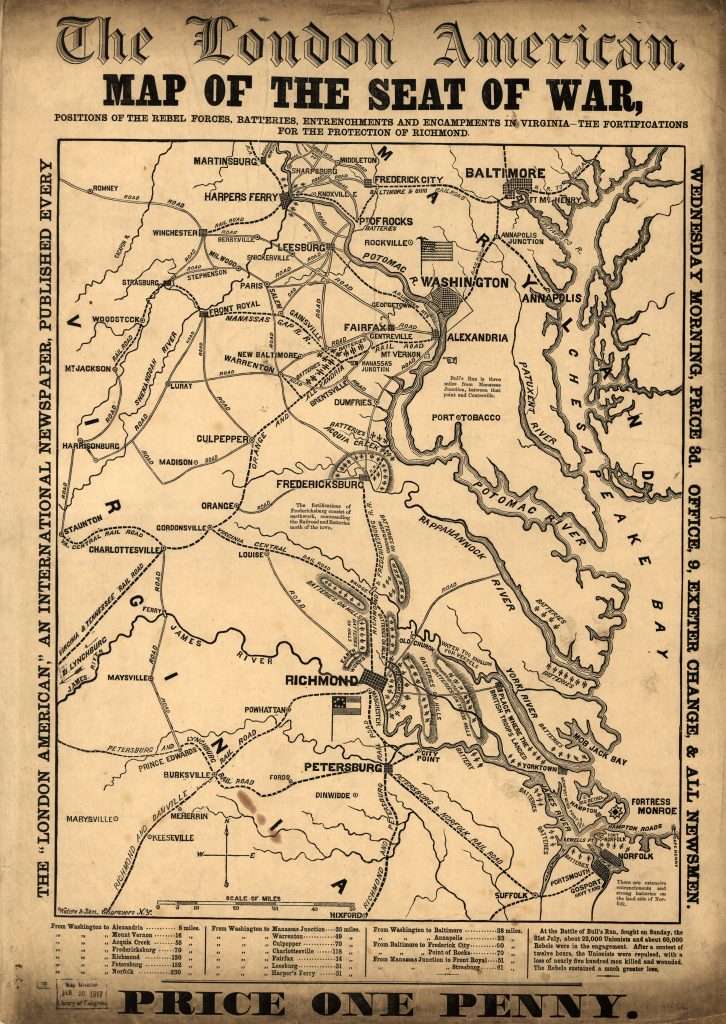 The London American newspaper shows Richmond, the capital of the Confederacy, in relation to the United States capital in Washington, D.C., in a map published after Union forces were defeated at the First Battle of Manassas, or Bull Run, on July 21, 1861. The map includes geographic features, major roads, railroad lines, the defensive entrenchments and batteries surrounding Richmond, and even, for its English readers, a notation pointing out the "place where the British troops landed" at Yorktown, Virginia, during the Revolutionary War. The mileage between Washington and various Virginia cities is listed in a chart at the bottom of the illustration.