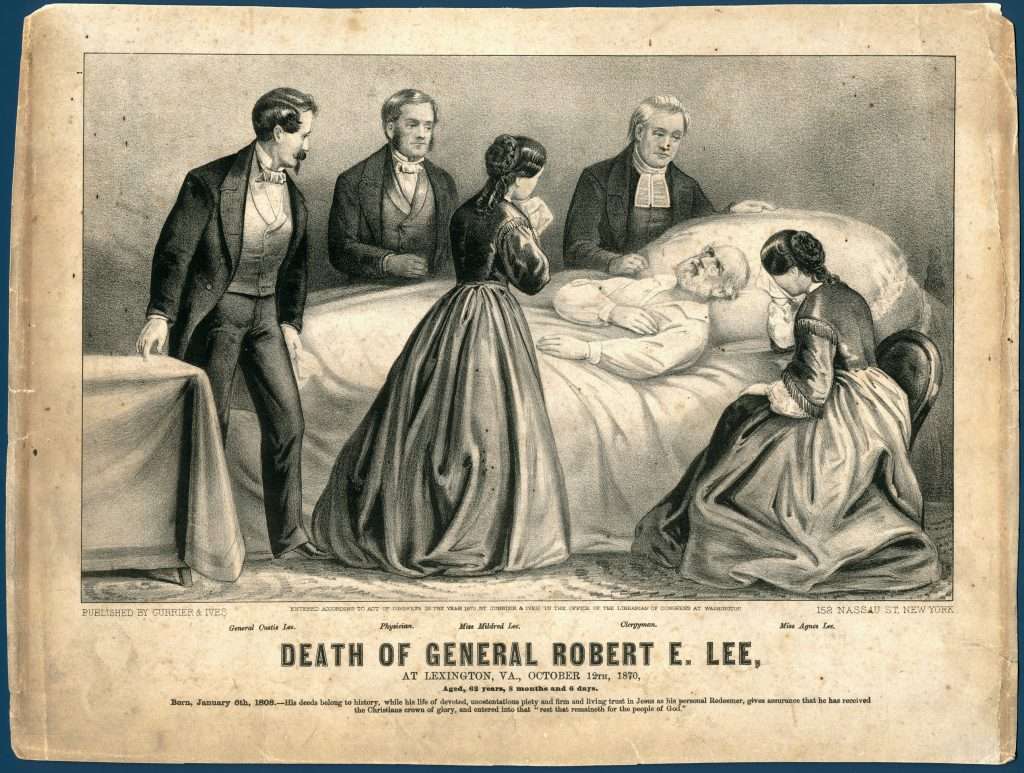 Grief-stricken Mildred and Agnes Lee bury their faces in their handkerchiefs as their father, the former Confederate general Robert E. Lee, expires on October 12, 1870. Lee had collapsed, probably from a stroke, on September 28. For two weeks he lay on a bed set up in his dining room, showing little will to survive. Printers Currier and Ives, who created this lithograph, included Lee's son, Custis, as well as the attending physician and clergyman in the scene, but they failed to portray Lee's wife, Mary Custis, who was holding her husband's hand when he died. A month after his death she wrote of her husband's last days: "He slept a great deal & the last 48 hours the Dr. assured us [he] was insensible to all pain & after a long night of breathing heavily awoke to rest with one deep long sigh." She added, "I cannot even now realise that he has gone."

In this print Lee greets death with a serene countenance and looks heavenward, the caption proclaiming that "his deeds belong to history, while his life of devoted, unostentatious piety and firm and living trust in Jesus as his personal Redeemer, gives assurance that he has received the Christians crown of glory, and entered into that 'rest that remaineth for the people of God.'" Currier and Ives capitalized upon Lee's reputation as a Christian gentleman, and the popularity of such prints helped create the aura of sainthood that would grow up around Lee and his memory.