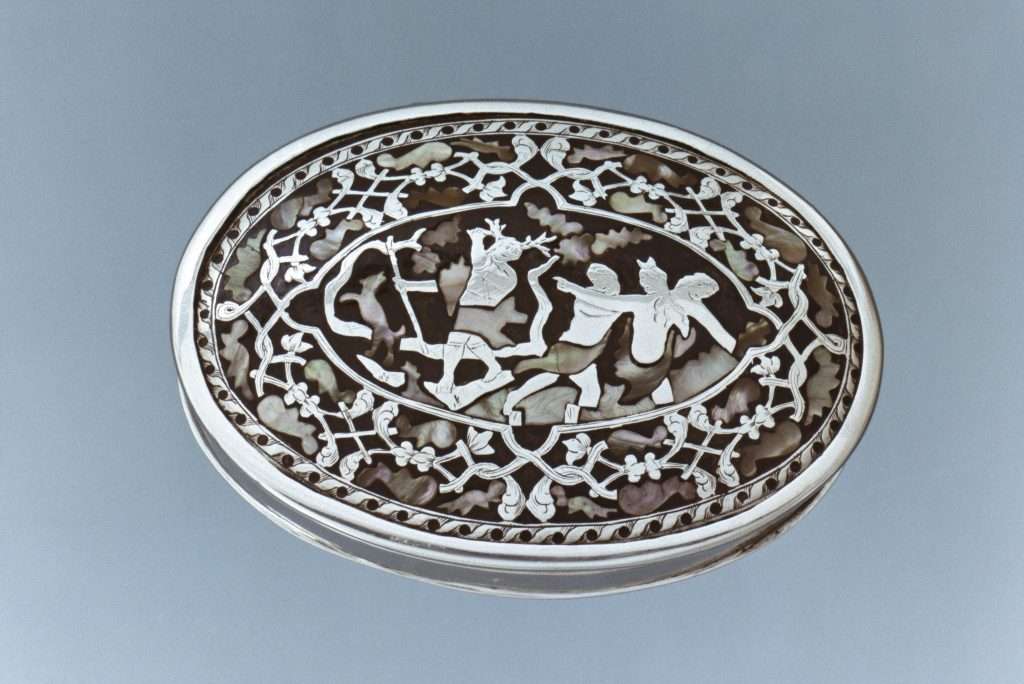 This early eighteenth-century shallow box is elaborately decorated with tortoiseshell, silver, gold, and mother-of-pearl. Probably made in London, it likely held snuff, a pulverized, smokeless tobacco commonly used in Europe by the seventeeth century. The cover of the box depicts the Roman myth in which Diana, goddess of the hunt, turns the hunter Actaeon into a stag.