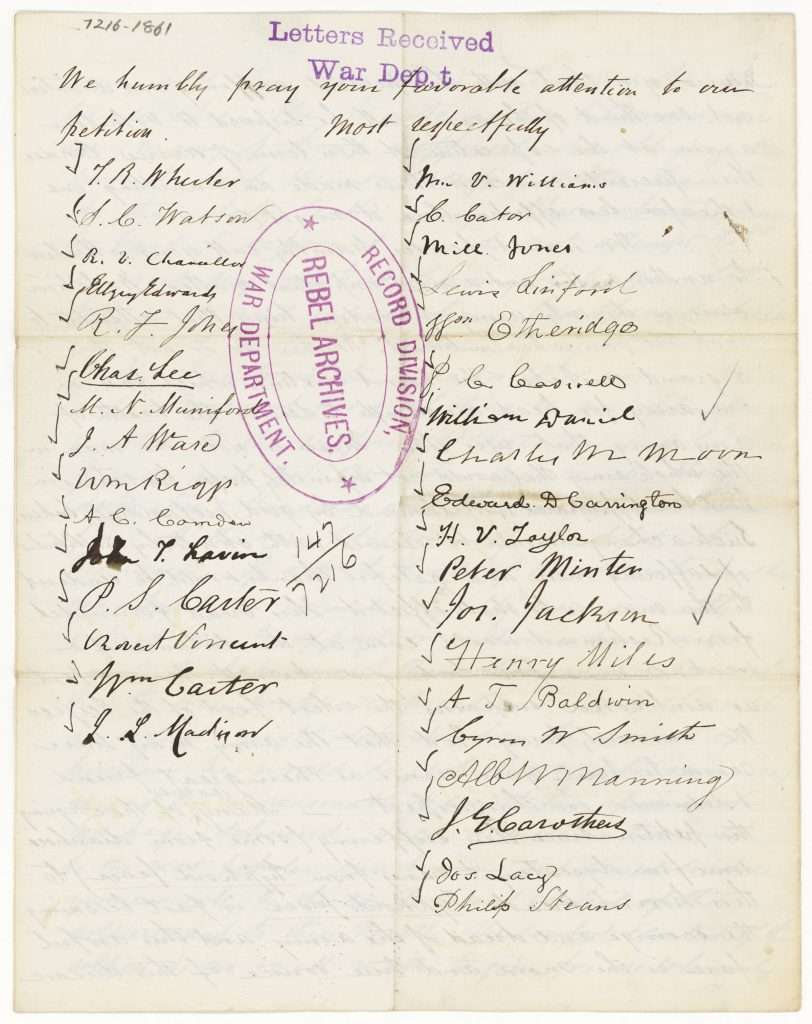 These thirty-four signatures were appended to a September 3, 1861, petition sent from a Confederate hospital in Charlottesville to Confederate president Jefferson Davis. The petition states that widespread disease "is wasting away the glorious Army of the Potomac. We have lost 10 times as many men by sickness as by warfare." The petitioners claim that unfit surgeons, "appointed for political reasons and not with a view to their qualifications," are endangering the "lives of hundreds of brave men … These surgeons have not ordered nor enforced the most ordinary sanitary conditions." In addition, the petition claims that the army's "wheaten bread" is causing illness. The petition ends, "Typhoid fever is fast becoming the scourge and dread of the army and this awful fare is the main and true source of this disease."