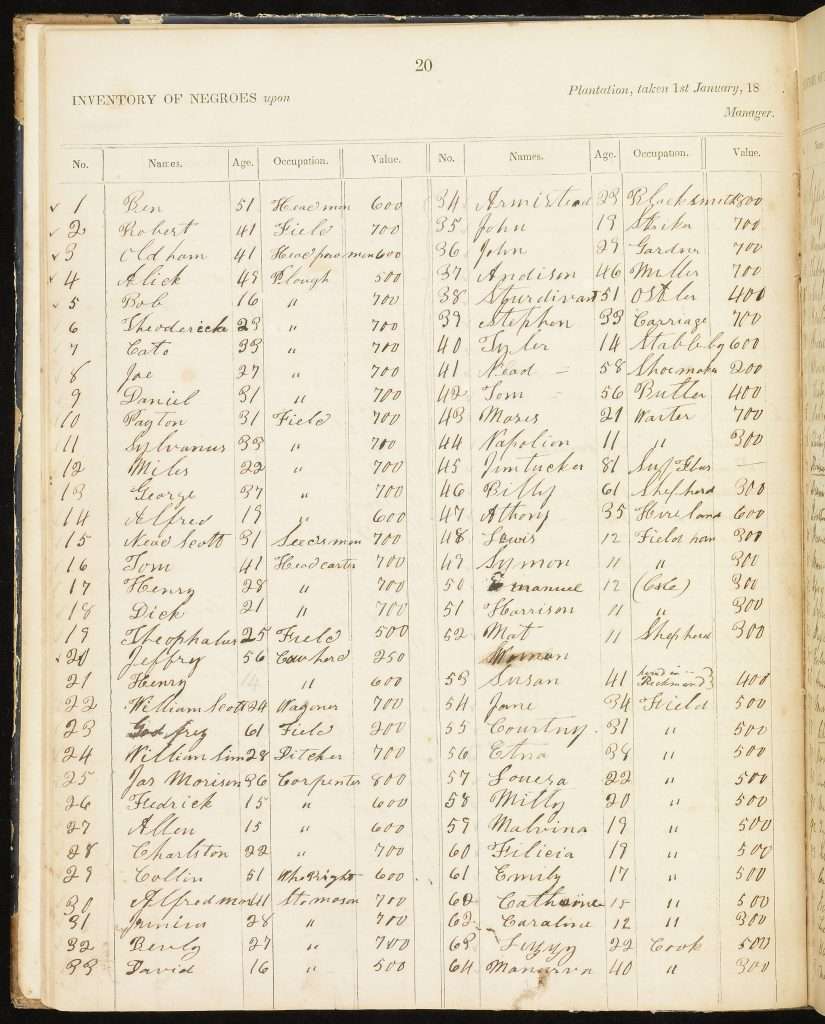 This is the first of a two-page "Inventory of Negroes" recorded on January 1, 1857, by a farm manager for a plantation owned by Philip St. George Cocke. The list of sixty-four men, women, and children shown on this page includes each slave's name, age (from eleven to eighty-one), occupation on the plantation, and monetary value (ranging from zero, for the eighty-one-year-old, to $800, for a thirty-six-year-old carpenter). Cocke owned plantations in Powhatan County and Mississippi that accounted for more than 27,000 acres of land and more than 610 enslaved people. The book containing this inventory was from Cocke's private library.