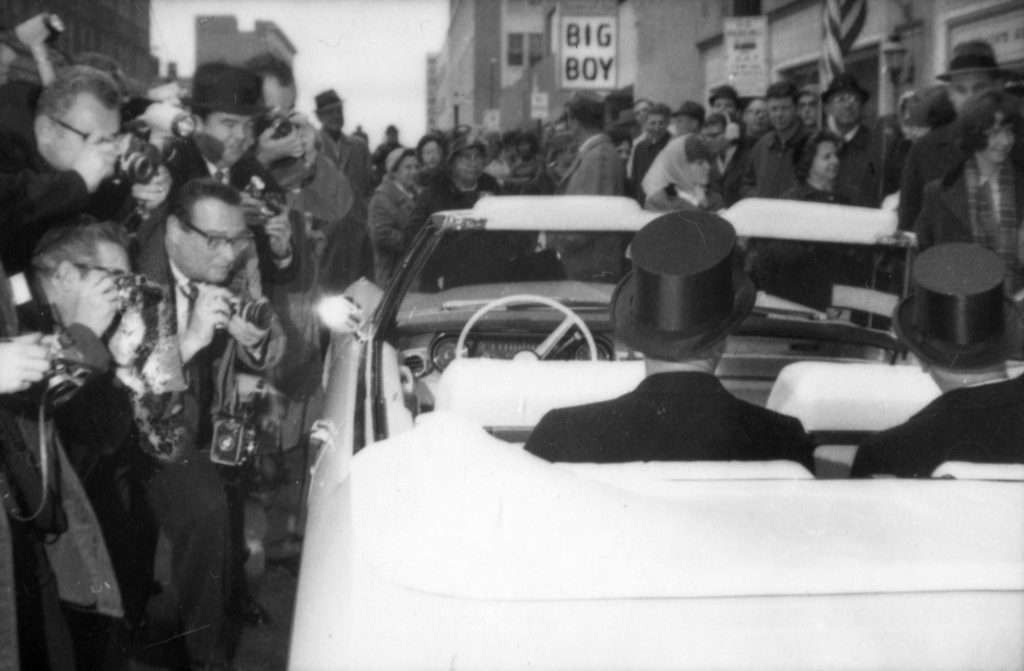 Governor Mills E. Godwin and Lieutenant Governor Fred G. Pollard sit in an open car, surrounded by photographers and curious onlookers on their inauguration day in January 1966. Godwin was a Democratic loyalist of the Byrd Organization and won the election despite the declining power of that state political machine. Godwin later switched parties and served as a Republican governor of Virginia from 1974 to 1978.