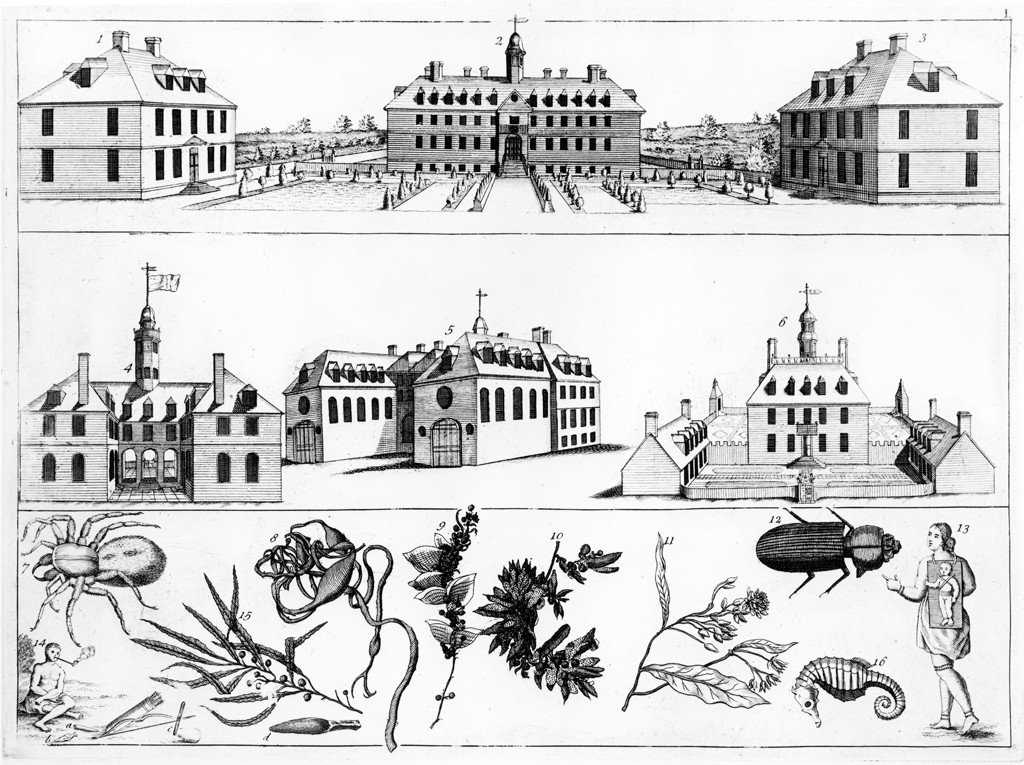 Print Made from Bodleian Copperplate

A modern print made from a mid-eighteenth-century copperplate known as the Bodleian Plate depicts Virginia flora and fauna, two Indigenous people, the College of William and Mary, and various government buildings in colonial-era Williamsburg. Margaret Pritchard, the Colonial Williamsburg Foundation's curator of prints, maps, and wallpapers, believes that the Bodleian Plate was one of a series of copperplates created to illustrate The History of the Dividing Line, an account by Virginia planter William Byrd II of the expedition he led in 1728–1729 to establish the boundary between Carolina and Virginia. Byrd's interest in architecture, his unabashed boosterism, and his concern about the widespread notion of the capital being a backwater, probably led him to have the artist include these impressive Williamsburg structures. Shown on the top row are three buildings at the College of William and Mary—the Brafferton, the Wren Building, and the President's House; shown on the row beneath it are the Capitol as it appeared before the fire of 1747, another view of the Wren Building, and the Governor's Palace.