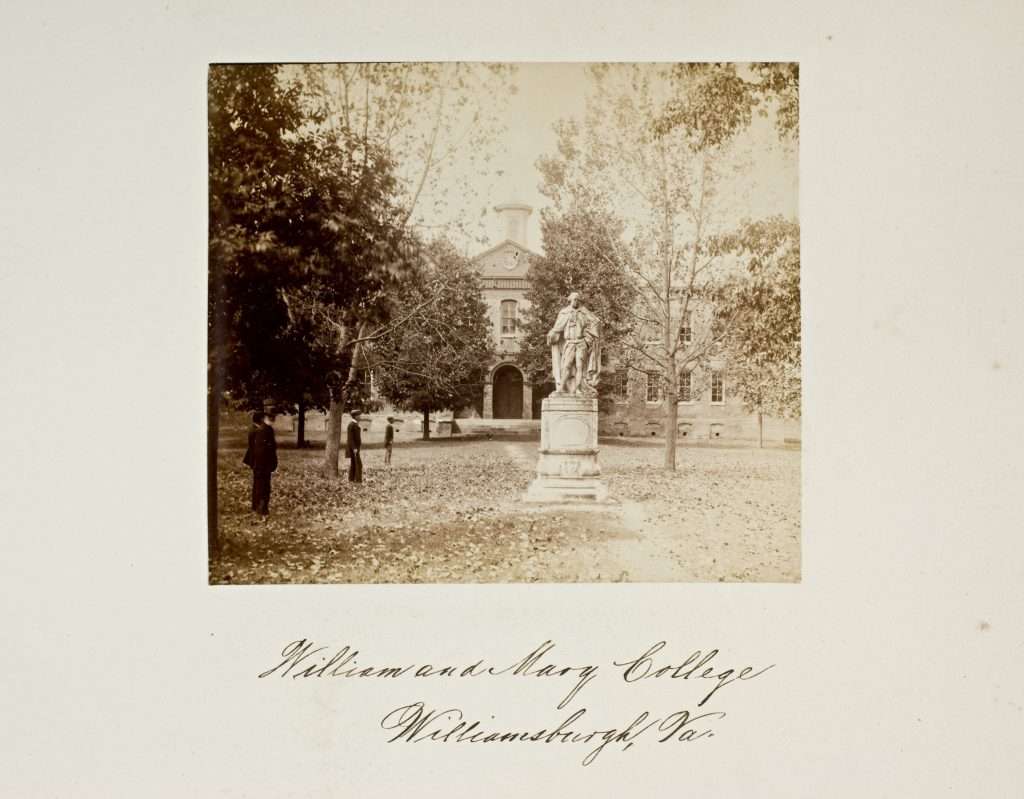 Four unidentified men stand near the statue of Lord Botetourt in front of the Wren Building on the campus of the College of William and Mary. Norborne Berkeley, baron de Botetourt, royal governor of Virginia from 1768 until his death in 1770, was buried in the crypt beneath the chapel in the building. According to tradition, the building was designed by the famed English architect Sir Christopher Wren. The first bricks for the building were laid in 1695. At four stories tall it was one of the largest buildings in the colonies. The Wren Building burned three separate times, but the exterior walls of the original structure have survived.

This image, taken between 1875 and 1885, is included in an album of photographs in the collections at Colonial Williamsburg.