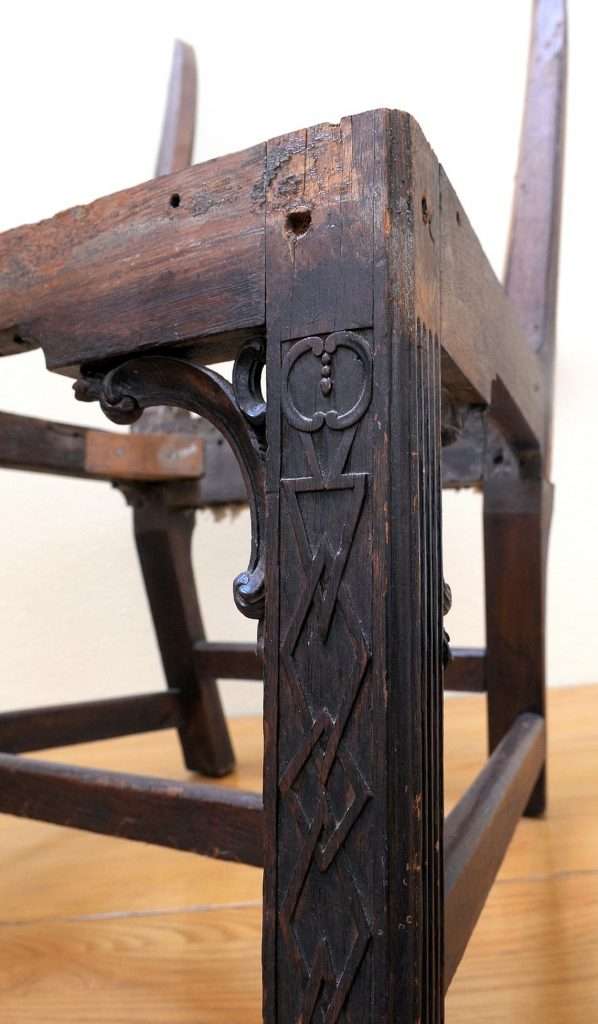 This mid-eighteenth-century chair is attributed to William Buckland and William Bernard Sears, two skilled craftsmen who had been imported from England as indentured servants to create the intricate carvings for which George Mason’s home, Gunston Hall, is famous. This is the only documented chair created by the pair and it is believed to be their first collaboration. This was one of a set of chairs used in the mansion's Chinese Room. Buckland designed the carvings in the house, and Sears generally did the actual woodwork.