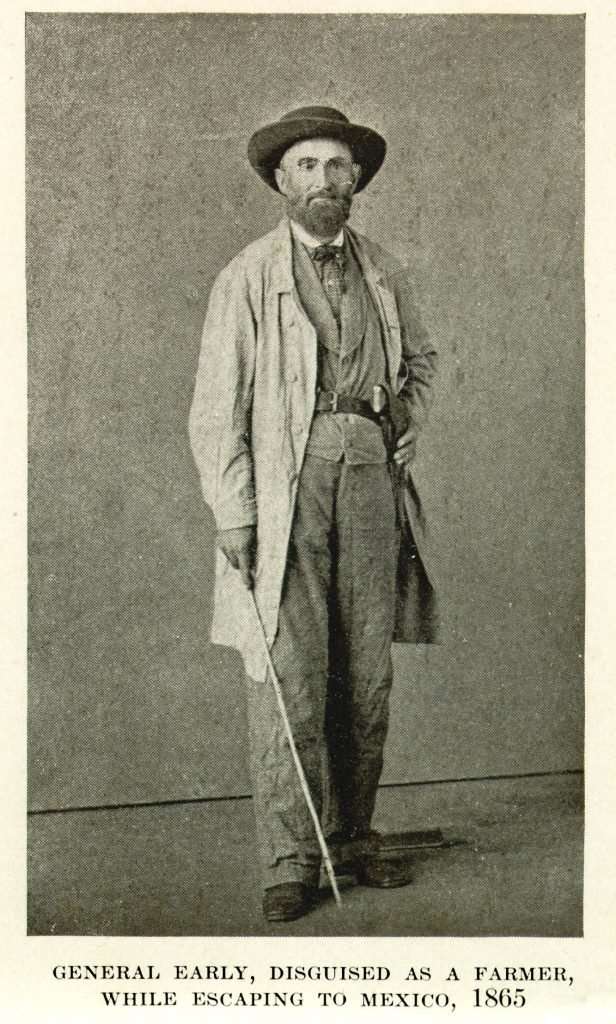 General Early, Disguised as a Farmer, While Escaping to Mexico, 1865

In this photograph taken in 1865, former Confederate general Jubal Early packs a pistol and carries a walking stick. Though well dressed, Early is described in the caption as being "disguised as a farmer" as he makes his way to Mexico. At war's end Early declared, "I cannot live under the same Government with the Yankee," and he fled south of the border. He also traveled to Cuba and Canada before returning to Virginia in 1869 to practice law.

This photograph was published in Early's book Lieutenant General Jubal Anderson Early, C.S.A. Autobiographical Sketch and Narrative of the War Between the States (1912), a posthumous publication that included notes by his wife Ruth Hairston Early.