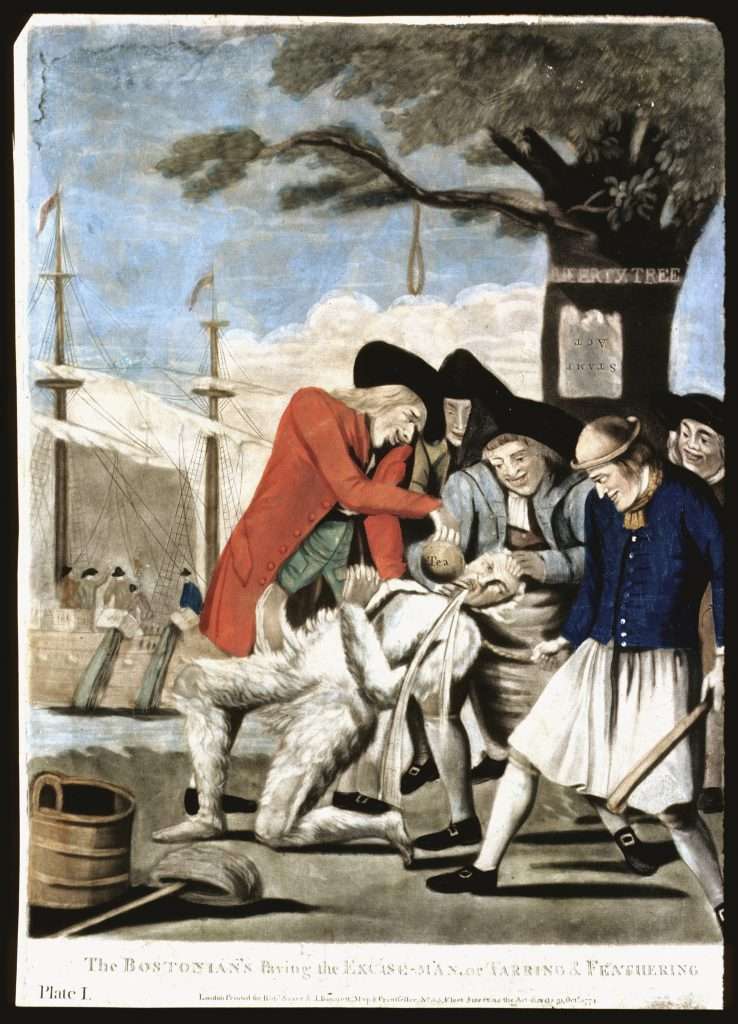 John Malcomb, a British customs officer charged with collecting excise taxes in Boston, has been tarred and feathered and is being forced to drink tea by colonists angered by the levies being imposed upon them. A bucket of tar can be seen in the lower left. The tree behind the attackers is labeled "LIBERTY TREE" and a noose hangs from one of its branches. In the background, the Boston Tea Party is in progress. This hand-colored mezzotint was printed in London on October 31, 1774, ten months after the protest took place.