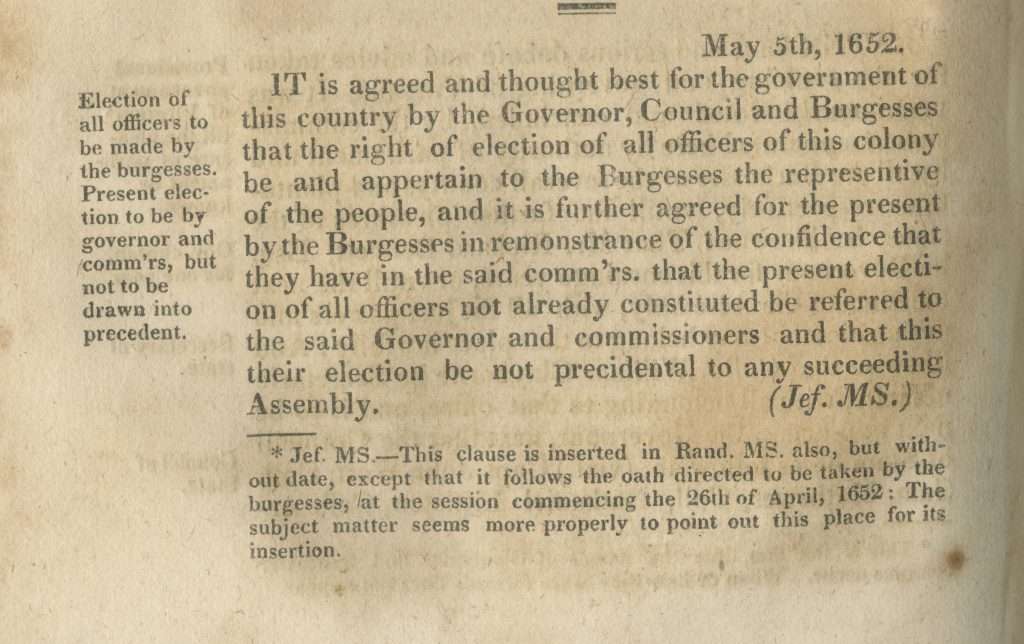 A May 5, 1652, resolution of the General Assembly reflects the negotiated surrender by Virginia governor Sir William Berkeley and his council to the Commonwealth government of England. As stated in this resolution, one consequence of the surrender was to lodge all power of appointing the governor and other public officials in the House of Burgesses. That, in effect, made the House of Burgesses in Virginia a close counterpart of the House of Commons in England.