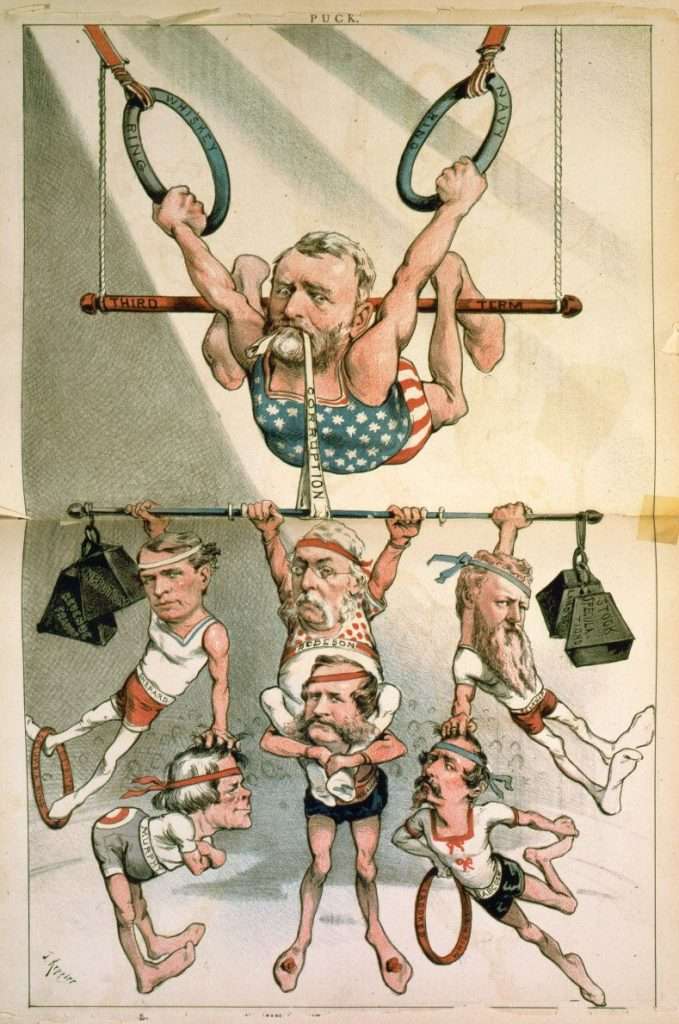 An 1880 cartoon in the popular magazine Puck pokes fun at Ulysses S. Grant's unsuccessful attempt to win the 1880 Republican nomination for U.S. president. Grant had already served two terms as president from 1869 until 1877, but his tenure had been marked by corruption. Here Grant is portrayed as an acrobat held aloft by the "whiskey ring" and "Navy ring," while carrying his cronies with a strap marked "corruption." Grant failed to win the nomination.