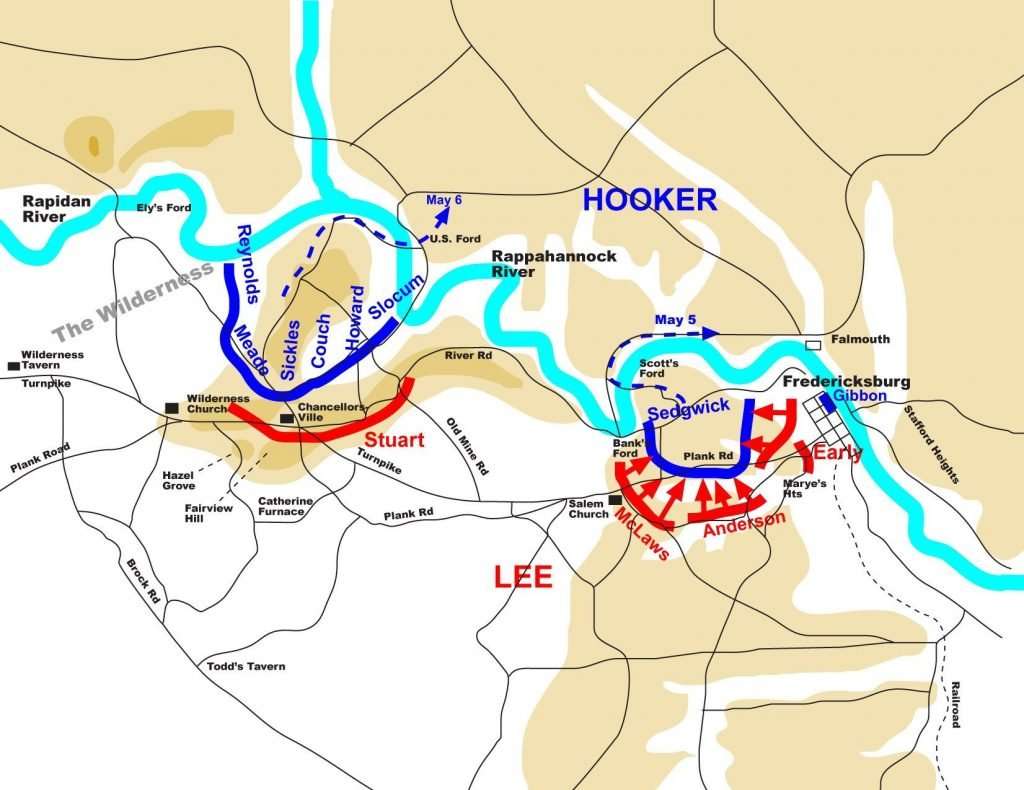 The Chancellorsville Campaign, which culminated in the Battle of Chancellorsville, fought May 1–6, 1863, produced one of the most stunning and ambivalent Confederate victories of the American Civil War (1861–1865). This series of area and battlefield maps shows the movement of Union (blue) and Confederate (red) troops leading up to, during, and after the fighting, which took place in the Wilderness and, to the east, at the town of Fredericksburg.