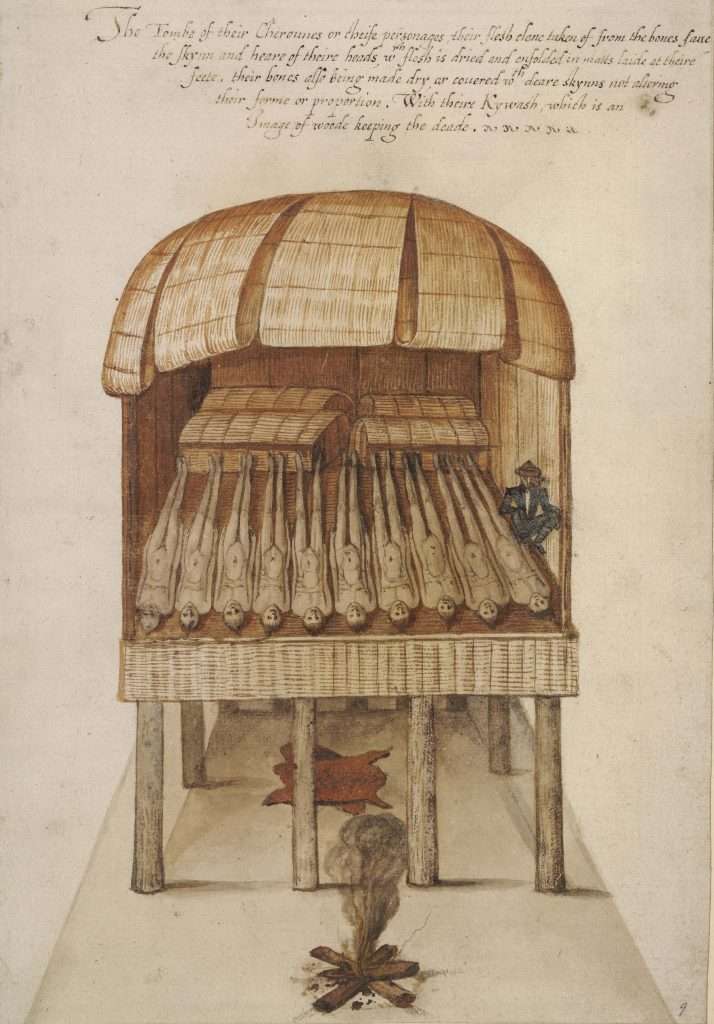 This circa 1585 watercolor by on-the-scene English artist John White shows the bodies of dead Algonquian chiefs, or weroances, who were preserved and venerated in an ossuary temple. The artist rolled up the reed mats that formed one side of the temple in order to portray a full interior view. According to the handwritten inscription at top, the flesh was entirely removed from the dead bodies, dried, and stored in the mats shown next to the corpses’ feet. The skeletons were then “covered with deare skynns.” placed on a platform in the temple, and guarded by a painted wooden idol known as Kiwasa (here spelled “Kywash”). A ceremonial fire burns beneath the platform.

John White accompanied a failed colonizing expedition to Roanoke Island in the Outer Banks region of present-day North Carolina in 1585, and the artist produced a number of watercolor paintings showing village life as it was lived by the Algonquian-speaking Indians in the region. These Indians are closely related in language and culture to the Indians of Tidewater Virginia, and White's works, along with their related engravings, are important sources of historical and ethnographic information about both groups.