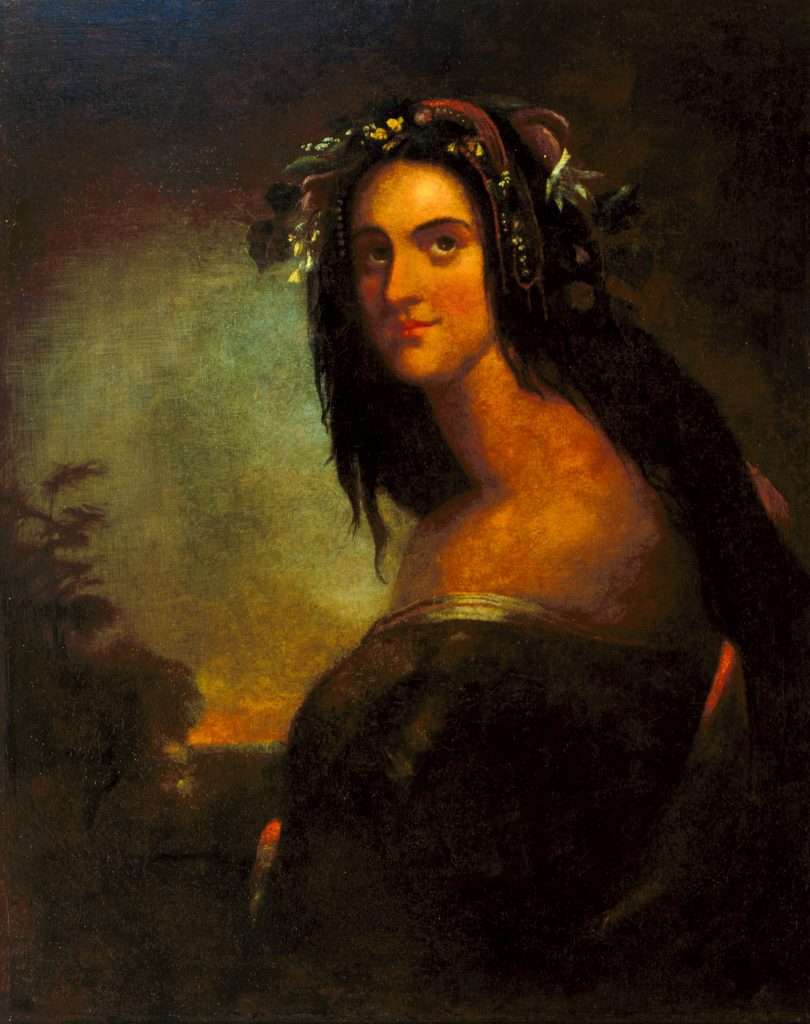 In this nineteenth-century oil portrait of Pocahontas, artist Robert Matthew Sully depicts the legendary Virginia Indian before her conversion to Christianity and her marriage to the English colonist John Rolfe. Despite the artist's attempt to portray Pocahontas "more in accordance with Indian character," Sully endows her with features conforming to Anglo-Saxon standards of beauty. In her mode of dress, the artist claimed to have been inspired by descriptions of Indians in The History and Present State of Virginia (1705), by colonist Robert Beverley. Pocahontas is shown here wearing flowers in her hair and a fur robe that leaves her "nude to a little below the shoulders." Sully was fascinated by the young Indian woman, admitting to a patron in 1855 that Pocahontas "has been the idol, of my romantic dreams, from boyhood!" Sully stated that in his painting "my effort was to … change the civilized, or rather fashionable, Princess, to the beautiful forest girl, of more pleasant association—The Guardian Angel of the Colony!"

Sully was born in Petersburg, Virginia, in 1803, and worked as an artist primarily in Richmond; his uncle was the renowned portraitist Thomas Sully.