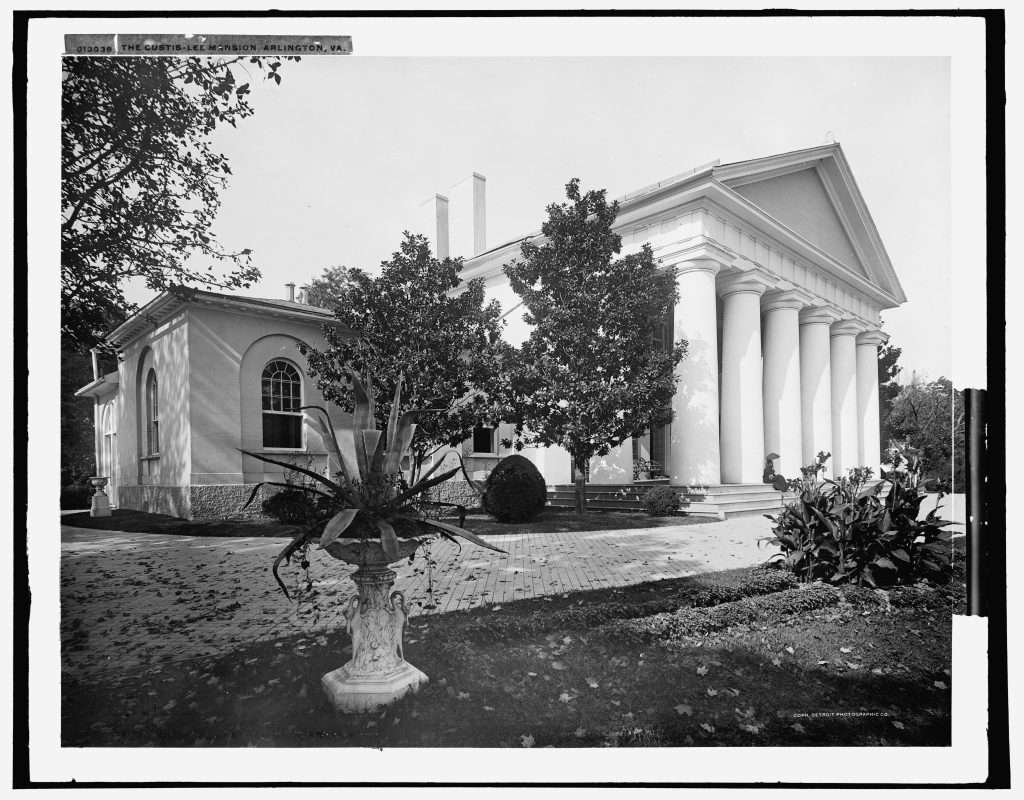 Arlington House, also known as the Lee–Custis Mansion, overlooks Washington, D.C., from a rise across the Potomac River in Arlington, Virginia, in this photograph dated about 1900. Constructed between 1802 and 1818, it was one of the earliest and boldest expressions of the Greek Revival architectural style in America. The mansion claims special historical significance through its association with the Washington and Custis families, and particularly with Robert E. Lee.

In 1831, Lee married Mary Anna Randolph Custis, the witty, artistic great–granddaughter of Martha Washington, at Arlington, her family's estate. When Mary's father, George Washington Parke Custis, died in 1857, Lee took over management of the home, and it was here, in the spring of 1861, that he faced what his wife later called "the severest struggle" of her husband's life. Virginia had seceded, and although he opposed the move, Lee also declared that if "the Union can only be maintained by the sword & bayonet … its existence will lose all interest with me." He resigned and joined the Confederacy.

Arlington House soon became a Union army facility, and in 1863, the United States government established a Freedmen's Village on the property at the same time that Lee, his hand forced by the courts, finally freed his father–in–law's slaves according to the wishes of Custis's will. In 1864 the federal government appropriated the grounds and there established the Arlington National Cemetery, which continues to serve as a final resting place for members of the United States armed forces.