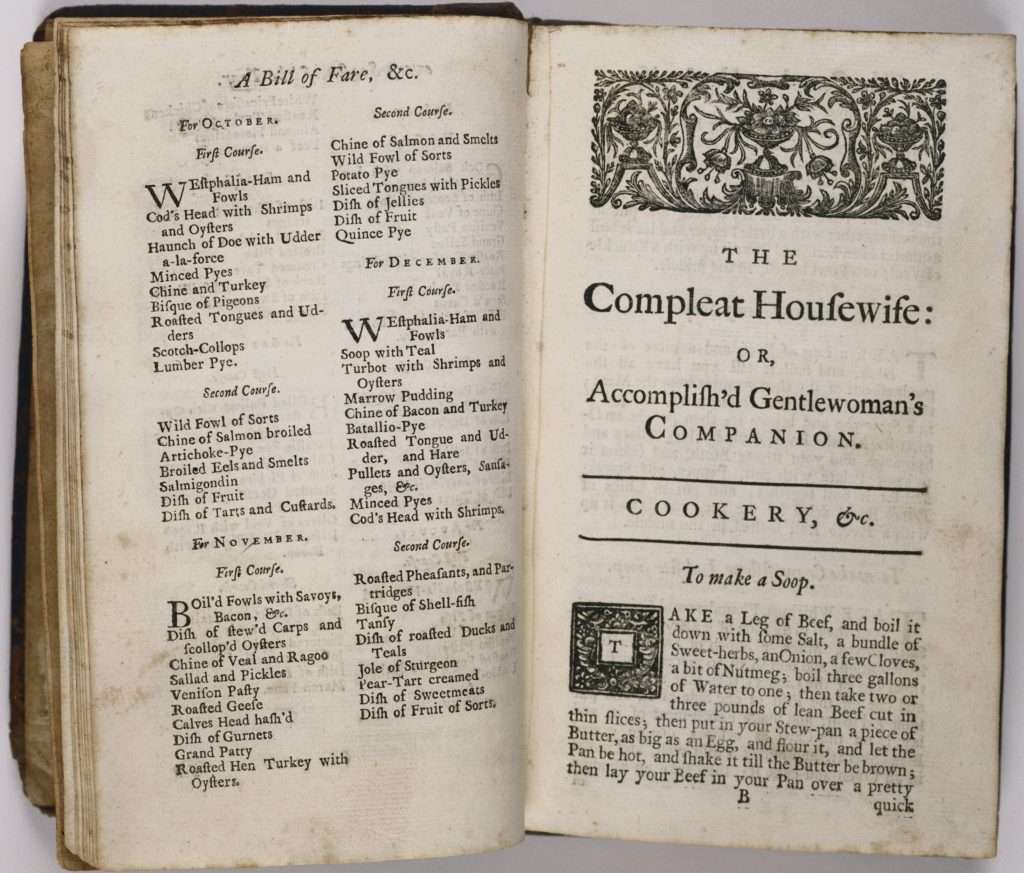 An eighteenth-century cookbook by Eliza Smith, titled The Compleat Housewife; or, Accomplish'd Gentlewoman's Companion (1750), is opened to a page showing suggested menus for the months of October, November, and December. The facing page gives directions for making "soop," which entails melting "a piece of Butter, as big as an Egg." Published in London, this was the fourteenth edition of the popular cookbook. In 1742 William Parks of Williamsburg reprinted recipes from an earlier edition of Smith's book—but only those "useful and practicable here," according to Parks. The Williamsburg edition was the first cookbook printed in America.