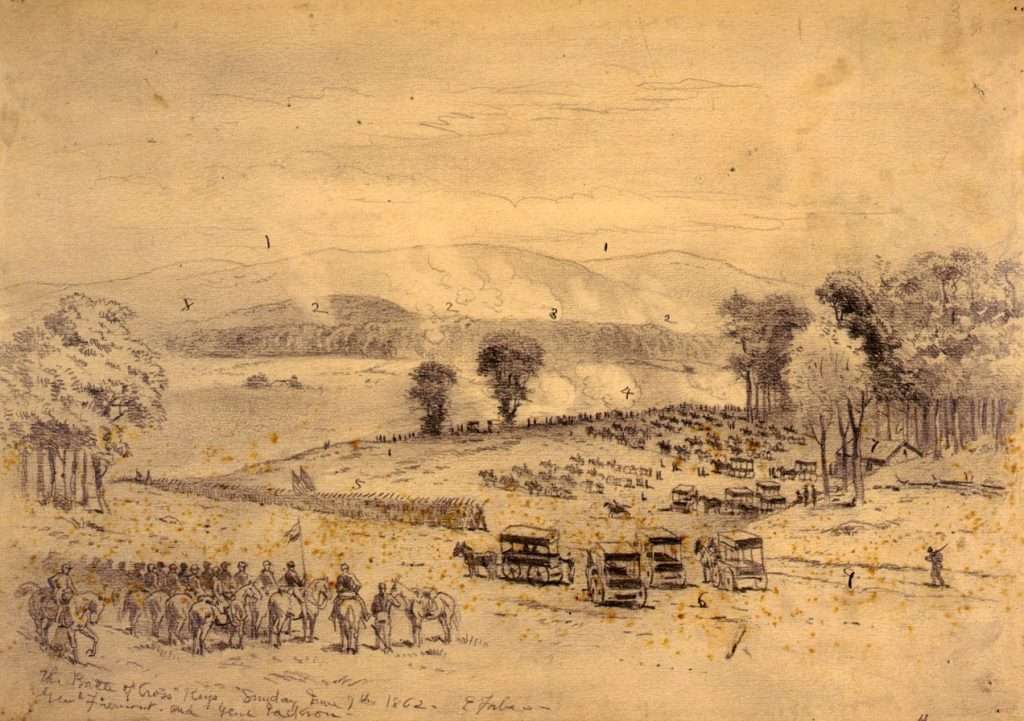 The Battle of Cross Keys

The Battle of Cross Keys was less of a battle than a skirmish; nevertheless, it was an important Confederate strategic victory that came near the end of Confederate general Thomas J. "Stonewall" Jackson's Shenandoah Valley Campaign of 1862 during the American Civil War (1861–1865). It was captured here in a pencil drawing by American landscape painter Edwin Forbes, probably for Frank Leslie's Magazine.