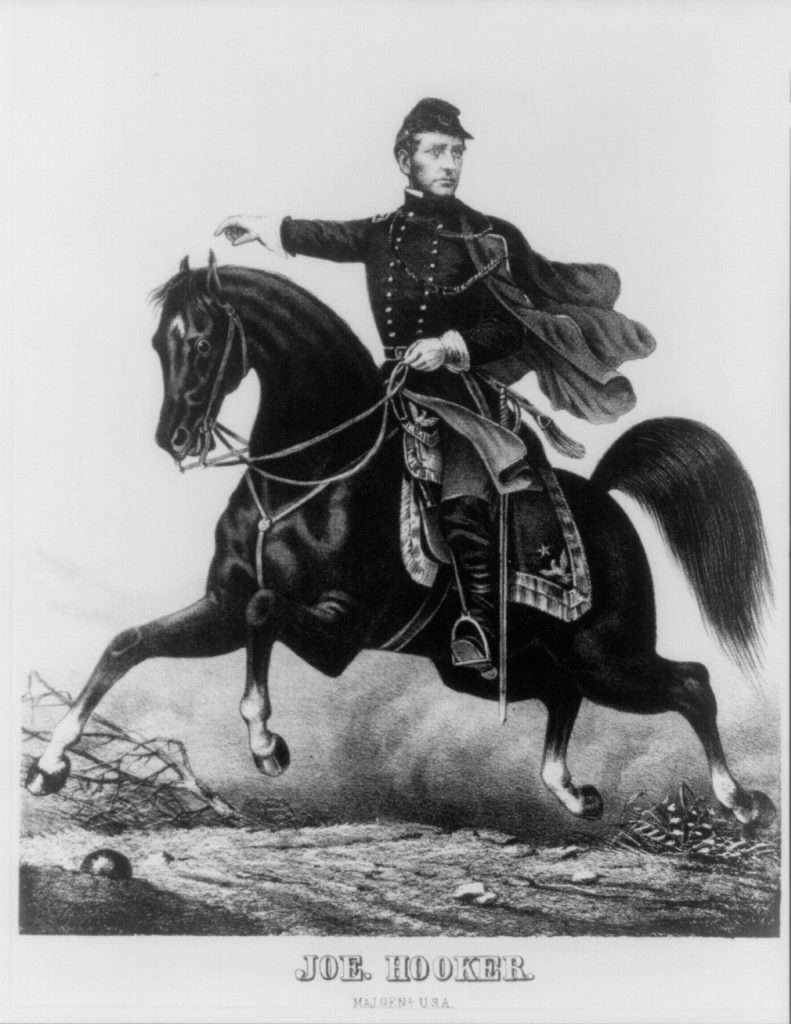 Union general Joseph "Fighting Joe" Hooker derived his nickname not from a reputation for combativeness—though he saw as much combat as any other Army of the Potomac general during the early years of the war—but from a newspaper typo. A headline, "Fighting—Joe Hooker," mistakenly lost the dash and was printed as "Fighting Joe Hooker"—and Hooker took offense, complaining that it made him sound like a heads-down general who lacked cunning, skill, or brains. A fellow soldier later noted: "I like the appearance of the old hero very much, he is not at all such a looking man as would associate with the name 'Fighting Joe.' He has a smooth pleasing countenance[,] light hair[,] a keen eye, though not so piercing as [Union general George] McClellan. He looks more like a venerate minister of the gospel than a General."