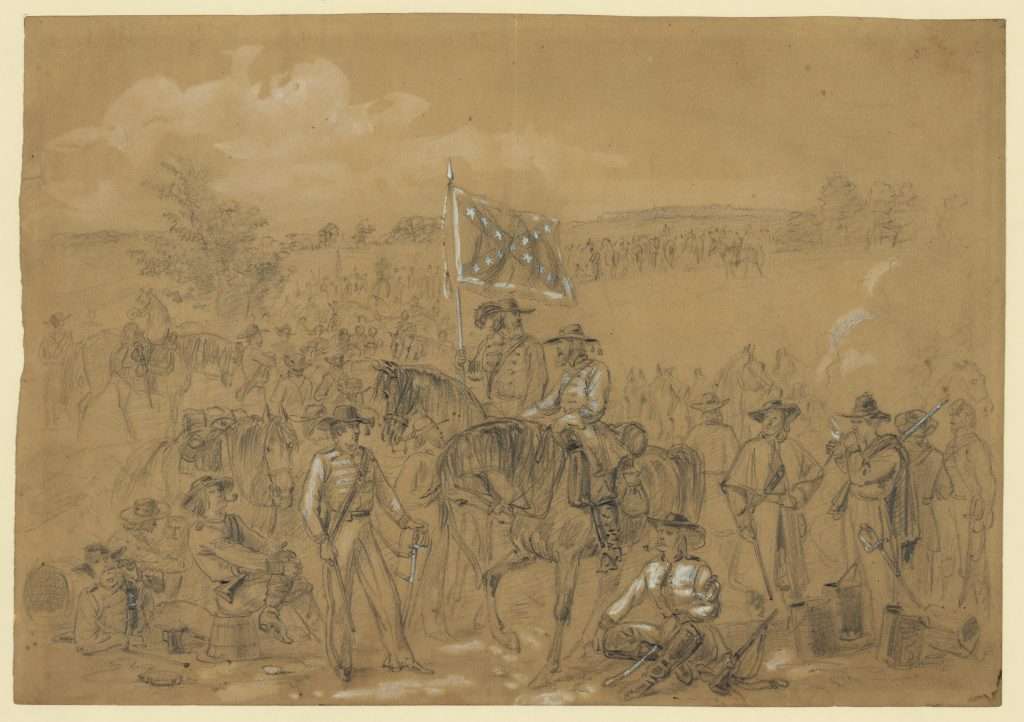 A member of the 1st Virginia Cavalry carries the Confederate battle flag in this on-the-scene sketch made by Harper's Weekly illustrator Alfred R. Waud. The Northern artist was trapped behind enemy lines in September 1862 and detained for a time by Confederate troopers encamped in Frederick, Maryland. Waud took the opportunity to create this  pencil and Chinese white drawing, the basis for an engraving that appeared in the September 27, 1862, edition of the magazine. In the accompanying Harper's text, Waud described the 1st Virginia Cavalry as "one of the two crack regiments of the Confederate service." According to Waud, many of the men in the unit were "of considerable social standing, that is, most of them—F.F.V.'s [First Families of Virginia] … [T]hey bragged of having their own horses, and, in many cases, of having drawn no pay from the Government, not needing the paltry remuneration of a private."