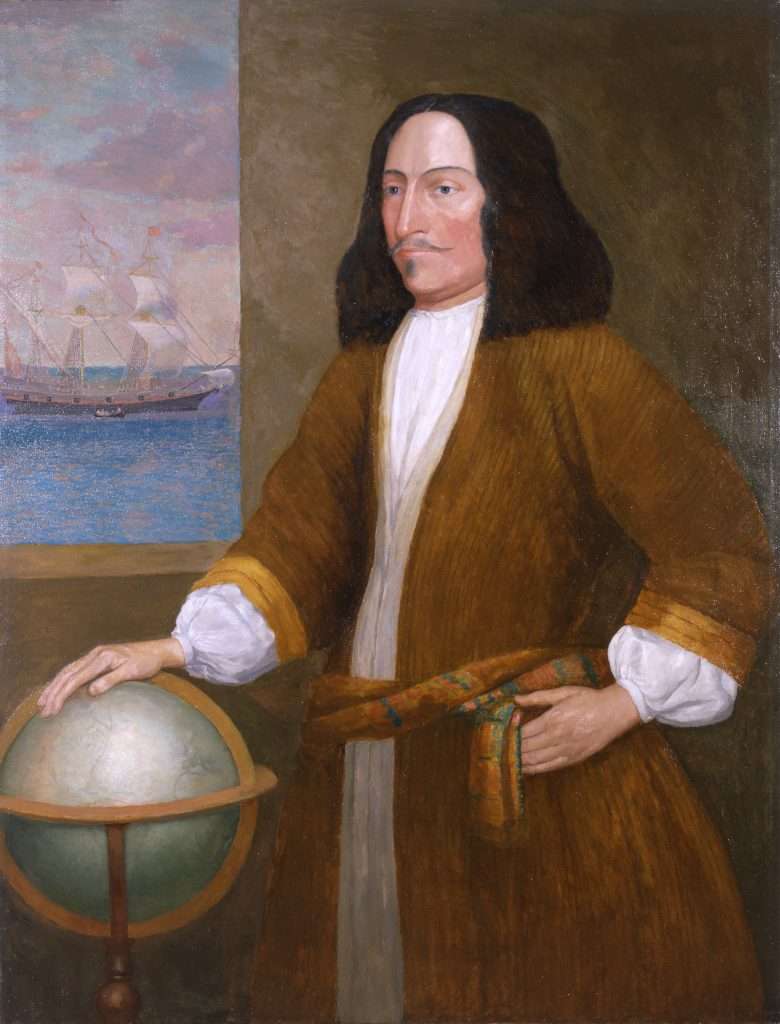 A three-quarters length portrait of English admiral Sir George Somers shows him with his hand atop a globe and a ship in the background. This 1930 oil painting by Charles X. Harris was based on an original portrait done from life by Flemish artist Paul van Somer (no relation to the admiral).

Somers was an English privateer and sea captain who was aboard the resupply vessel Sea Venture in 1609 when it wrecked off the coast of Bermuda while bound for Virginia. After building two new ships out of the Sea Venture wreckage, Somers and his fellow colonists arrived in Virginia in May 1610. An English colony was later established at Bermuda and named the Somers Isles in the admiral's honor.