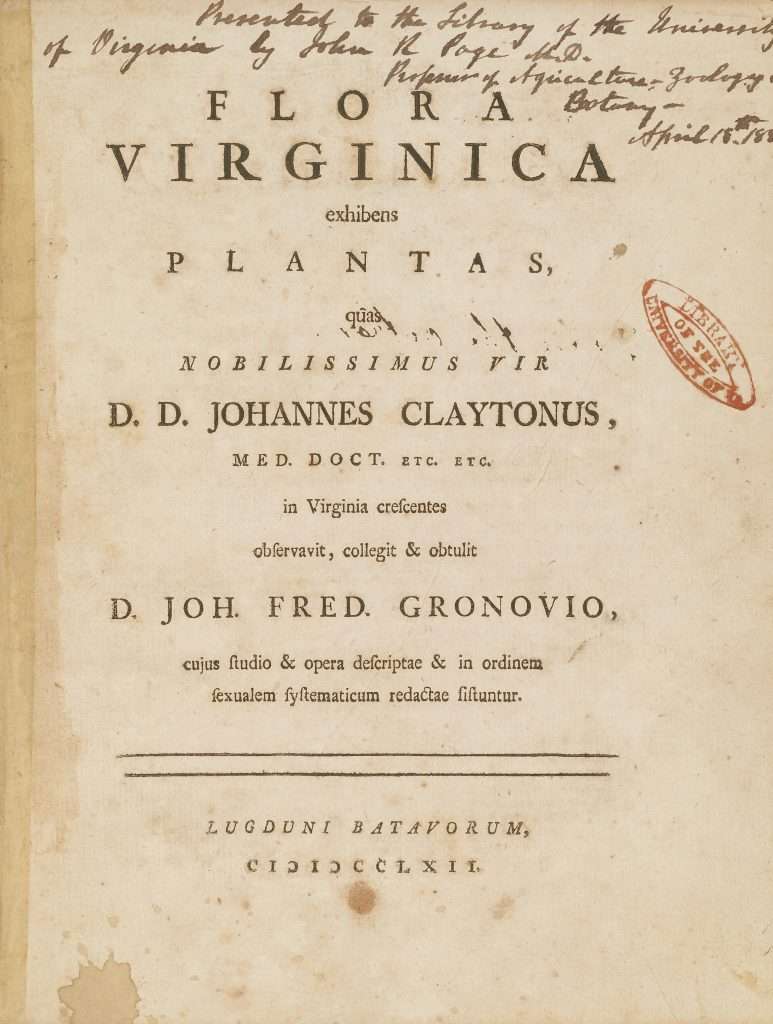 The title page of a 1762 Latin edition of Flora Virginica cites D. D. Johnannes Claytonus (John Clayton) and D. Joh. Fred. Gronovio (John Frederick Gronovius) as co-authors of this detailed listing of Virginia plant species. Clayton is described here as a "MED. DOCT.," though, in fact, he was a botanist and the clerk for Gloucester County for over fifty years. By 1735 Clayton had begun sending dried plant specimens to John Frederick Gronovius, a botanist of Leiden, in the Netherlands. Clayton traveled around Virginia collecting seeds and plants and began compiling for Gronovius a Catalogue of Herbs, Fruits, and Trees Native to Virginia, based on the new Linnaean system of classification. Without asking permission or informing Clayton of his intentions, Gronovius in 1739 translated the catalog into Latin and published it as Flora Virginica. This and subsequent editions were the first, and until the mid-twentieth century, the only compilations of Virginia's native plants.